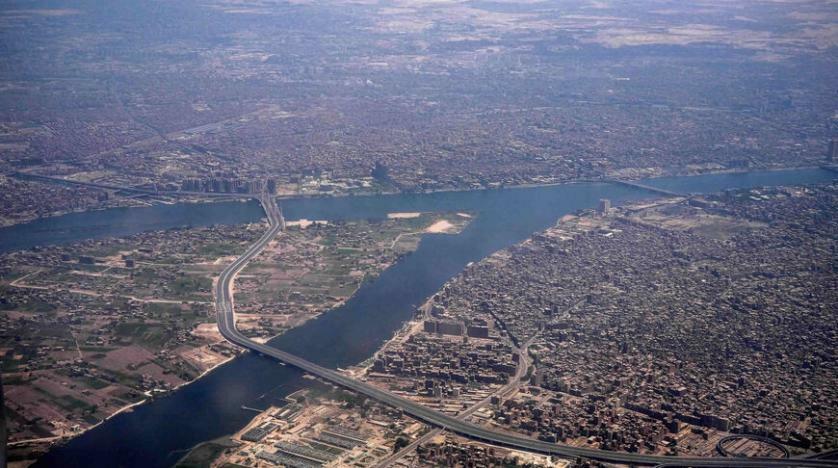 The Egyptian government is launching a campaign to end illegal encroachments on the Nile River, as the country faces a shortage in its water resources.

President Abdel Fattah el-Sisi announced a six-month ultimatum at the Ministry of Interior to remove the violations on state land and the Nile River.

Minister of Irrigation Mohamed Abdel-Aty announced that the authorities removed 163,000 violations over an area of ​​8.275 million square meters since the campaign began about a week ago.

During a meeting with the executive leaders, Abdel-Aty stressed that the ministry is determined to address all forms of encroachments on the Nile River, waterways, and irrigation properties.

The authorities will immediately remove any violation to ensure good performance and efficiency of workflow, provide water needs necessary for all uses, and improve services offered to the beneficiaries.

He noted that the campaign began in all governorates resulted in the removal of about 163,000 violations, 863 cases during the first day over an area of ​​more than 99,000 square meters.

The Minister asserted that efforts would continue, and all concerned agencies are equipped with the necessary tools to implement the current removals and coordinate fully with the security agencies, the governorate, and the various state authorities.

They will take all necessary legal measures and refer the violators to the competent authorities.

The meeting also highlighted the National Canals Rehabilitation Project. The Minister directed competent authorities to exert all efforts and monitor the works implemented in all governorates, considering all technical requirements and standards.

He also reviewed the conferences held in the various governorates in coordination and cooperation with the Ministry of Agriculture and Land Reclamation to activate the joint ministerial decision No.161 of 2021 regarding the modern irrigation techniques.

Abdel-Aty called for increasing the efforts made by the agencies in coordination with the Ministry of Agriculture, the National Bank, and the Agricultural Bank to implement modern irrigation projects in various governorates.