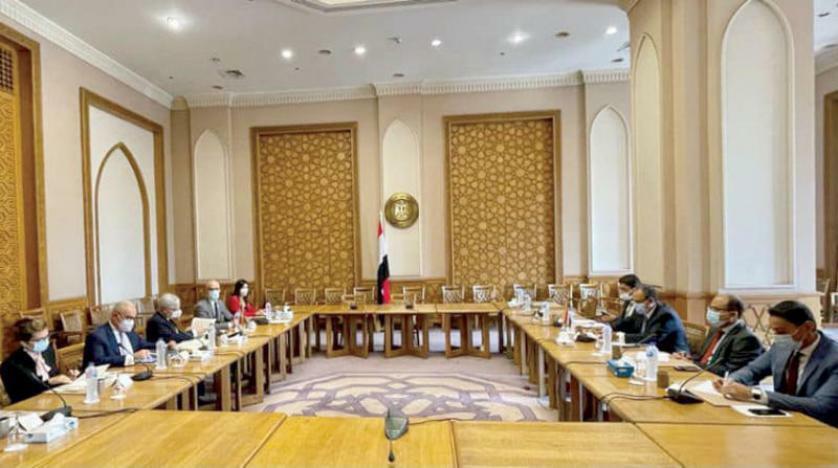 The consultations focused on addressing bilateral political, economic, and commercial relations, according to a statement issued by the Egyptian foreign ministry.

GERD, which has been under construction since 2011, has raised concerns of water shortages in Egypt and Sudan, which demand a binding legal agreement with Ethiopia to regulated the filling and operation of the dam.

"Adopting the rules for filling and operating the dam as per a legally binding agreement between the parties involved will prevent the region from sliding into a more complex scene with undesirable consequences."

Egypt suffers from a scarcity of freshwater resources and relies on the Nile River for more than 90 percent of its water. According to official statements, it has entered the "water poverty" era, in which the per capita share is less than 1,000 cubic meters annually.

Meanwhile, the Ethiopian Minister of Water and Irrigation Seleshi Bekele announced that preparations are underway to generate electricity using the dam's turbines within the first months of the next Ethiopian new year, which begins Saturday, according to the Ethiopian calendar.

In an interview with the Ethiopian News Agency, the minister said that Ethiopia must use its natural resources to develop the country and fight poverty, and the dam is an essential tool in this process.

He stressed that his country has the full right to use its natural resources.

Bekele pointed out that these preparations come amid various challenges facing Ethiopia regarding the negotiations around the dam.