Eggheads explain how to smash any pub quiz with insider hacks 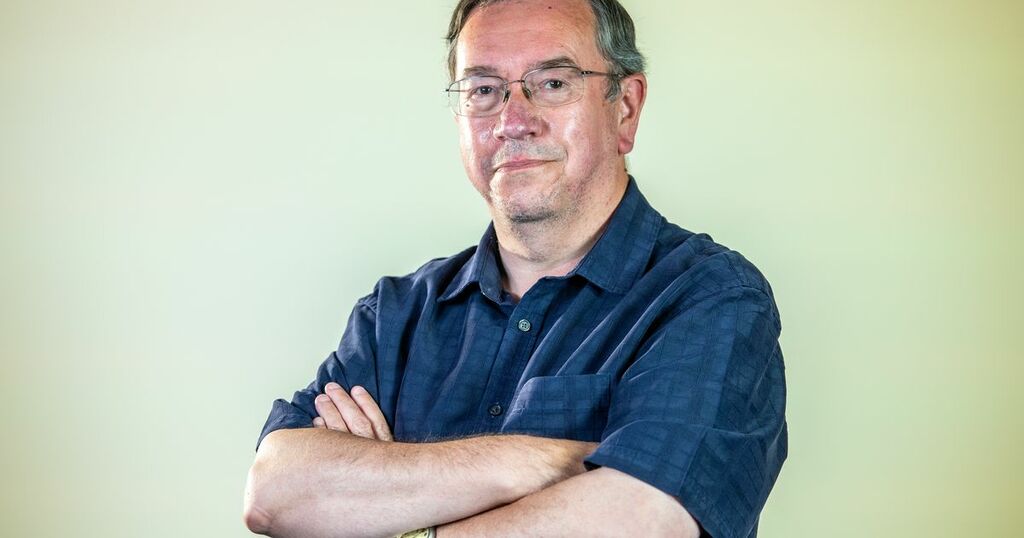 The quiz geniuses (gennii?) from hit TV quiz show Eggheads have revealed their tips for how to beat the rest at any pub quiz.

Eggheads and Channel 5 have launched a free masterclass where the cult hit programme’s resident brainboxes share their tricks of the trade for pub quizzers across the nation.

The Eggheads are a panel of quiz masters, the eight greatest quiz champions in Britain, who face all challengers in a daily Channel 5 TV show.

Judith - the first person to win Who Wants To Be A Millionaire and the only female winner - reveals how to prepare for a quiz night and retain knowledge.

"The most important thing is to read newspapers. You don't need to read the whole article but read the headlines. Become aware of what makes a good quiz question. I do crossword puzzles, both cryptic and general knowledge, which is a form of brain training.

"You can never be over-prepared for a quiz. The last person in the world who was supposed to have known everything there was to know was Sir Christopher Wren. Since then knowledge is lost. You can never know enough and you can't possibly know everything. So just keep learning.”

Kevin Ashman, who still holds the highest record score on Mastermind unveils his top tips on tackling areas of weakness.

“Tackling areas of weakness is not rocket science. Even if it is rocket science. Do not avoid your weak subjects. You may not feel entirely comfortable with them but it makes a difference if you can visit some sites associated with that subject.

"For example, in the case of science, maybe a visit to a science museum. Who knows what you might find there that would pique your interest. There are certain things that just come up again and again. So they really are amongst the first things you need to look at.

"One of those is the periodic table. Science is something that not everybody is particularly happy with to begin with. But if you learn the periodic table, that's a very useful thing and can give you an entry into all kinds of other aspects of science. Find your curiosity, build on it, don't be afraid of your weak areas.”

Lisa Taylor shares her expertise on choosing your quiz team.

“Try and build a team where you're covering a lot of different areas of knowledge. Bring in your classicists and your heavy metal enthusiasts and juxtapose with your scientists and your foodies. You've got to make sure that you've covered as many bases as possible with the people that you've got.

"Make sure that the people that you are quizzing with are people that you know and trust and can have a good discussion with. It's better to have people who think like you, and whose brain works like yours because it's so much easier to work with them."

Pat Gibson gives his insider knowledge on how to keep calm under pressure.

“Pressure arises if you really want to win and dealing with that pressure is important. Panicking doesn't help. If it did, I would recommend it! I don't think I'm terribly superstitious, apart from being fed, watered and rested prior to a quiz.”

A quarter of Brits confessed they lack the confidence to take part in pub quizzes. Zoom quiz nights boomed in popularity during the pandemic but now that pub quizzes are back on the menu, new research has revealed 14% of men and women are too shy to take part.

In a new poll commissioned by Channel 5’s Eggheads, almost 80% agree that the pub quiz is a British cultural institution but a whopping 62% say they lack self-esteem when it comes to general knowledge, means they would not be confident enough to apply to take part in a show.

58% admitted they don’t do any research before a pub quiz night, but more than 82% say they would feel bolstered by morale if they sign up to the Eggheads Masterclass course before joining a pub quiz team or applying to take part in a TV show.

Brits have also voted for their favourite Egghead general knowledge champ - with Judith Keppel and Kevin Ashman coming out on top as the joint-number one quiz show brainiacs.

Despite plummeting self-confidence in their abilities, 50% say their favourite part of taking part in pub quiz nights is the social aspect, while only 28% prefer winning.

The number one no-no when at a pub quiz is giving away the answer with 57% voting that speaking too loudly is a definite avoid for amateur quizzers. Other must-nots at quiz nights include: drinking excess alcohol, cheating, spending too long on an answer and having messy handwriting.

Meanwhile, Brits’ favourite quiz night subject is general knowledge (47%) and music (31%) and the best pub quiz names in the UK include Quizzer of Oz, Let’s Get Quizzical and Norfolk And Good.