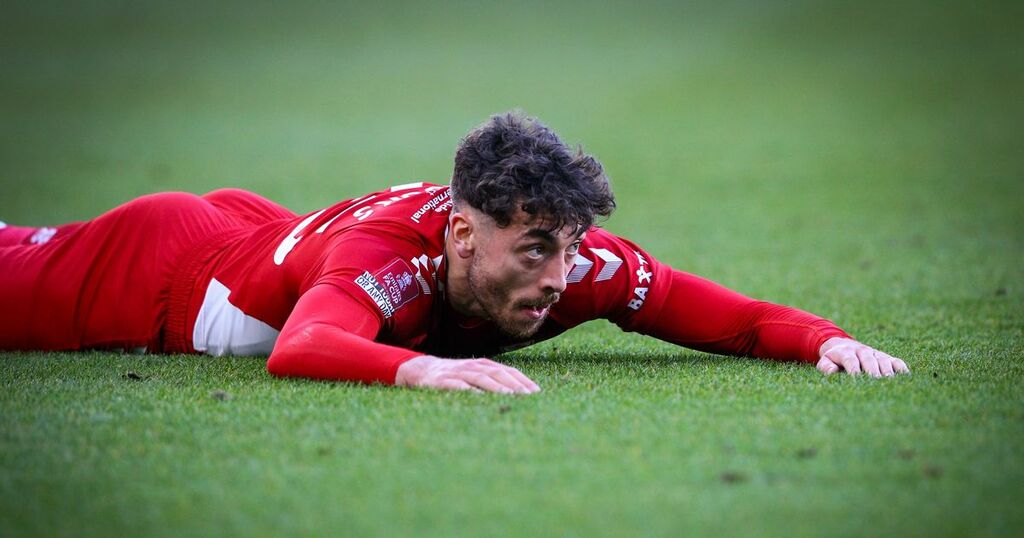 Bristol Post
One subscription that gives you access to news from hundreds of sites
Chelsea vs Liverpool prediction and odds: Romelu Lukaku tipped to score in FA Cup Final

The Aggies’ athletic director has his own pointed reaction to what’s transpired in the SEC.

The dust has settled on the regular EFL campaign, with only the play-off winners left to be resolved.

The Championship, League One and League Two have seen plenty of drama over the course of the last nine months. The end of a campaign brings with it awards season, with strikers up and down the land having their eye on not only the golden boot gong but divisional player of the season accolades.

Likewise, goalkeepers judge themselves against others by who has the most clean sheets over the course of a full season. However, there is one individual table that no player wants to finish top of: the discipline standings.

Mirror Football has crunched the numbers and looked at the discipline stats over the course of the 46-game season across the EFL's three tiers to see who finishes top - or should that be bottom - of the pile.

And when it comes to team discipline, League Two side Barrow have the unwanted tag of racking up the most number of cards out of all 72 sides. The Bluebirds received a whopping 113 cautions and no fewer than six red cards.

The next worst-disciplined side in the EFL is Championship club Blackburn Rovers, who brought up 107 yellows and saw five players sent off over the course of the season.

Charlton Athletic are the worst offenders in League One, having received 106 bookings to go with four dismissals.

In terms of teams receiving red cards, Joey Barton's Bristol Rovers received a mammoth nine red cards over the course of the campaign - the highest tally in the pyramid.

But what about individual offenders? Using respected industry website transfermarkt's scoring method of one point for a yellow and two for a red, the stats show Middlesbrough's Matt Crooks is the recipient of this particular title. The 28-year-old enjoyed a prolific season in more ways than one. Not only did he net an impressive 11 goals for Boro but he also picked up a staggering 16 yellow cards and a red card. That tots up to 21 points over the season.

Middlesbrough boss Chris Wilder voiced his concern at this particular aspect of Crooks' game earlier this season after he incurred a ban for reaching the threshold of 15 cautions. Wilder said: "There are consequences for picking up 15 yellow cards. 15 bookings is ridiculous and he knows that.

"There is being competitive and sticking your foot in and winning challenges and headers, I want my players to tackle. But if you pick up 15 bookings then there is going to be consequences at the end of it. He misses three big games for us, but we’ll deal with it and get on with it. It creates an opportunity for somebody else to come into the team."

Crooks pipped two players who finished on 19 points: Birmingham's Gary Gardner and Bristol Rovers' Paul Coutts each received nine yellows and two reds through the course of the 2021-22 season.

As for the least card-happy side in the EFL, that honour goes to Rochdale, who picked up just 52 yellows and not a single red. Only three other sides did not receive a dismissal all term: Barnsley, Huddersfield and Millwall.

Bristol Post
One subscription that gives you access to news from hundreds of sites
Chelsea vs Liverpool prediction and odds: Romelu Lukaku tipped to score in FA Cup Final