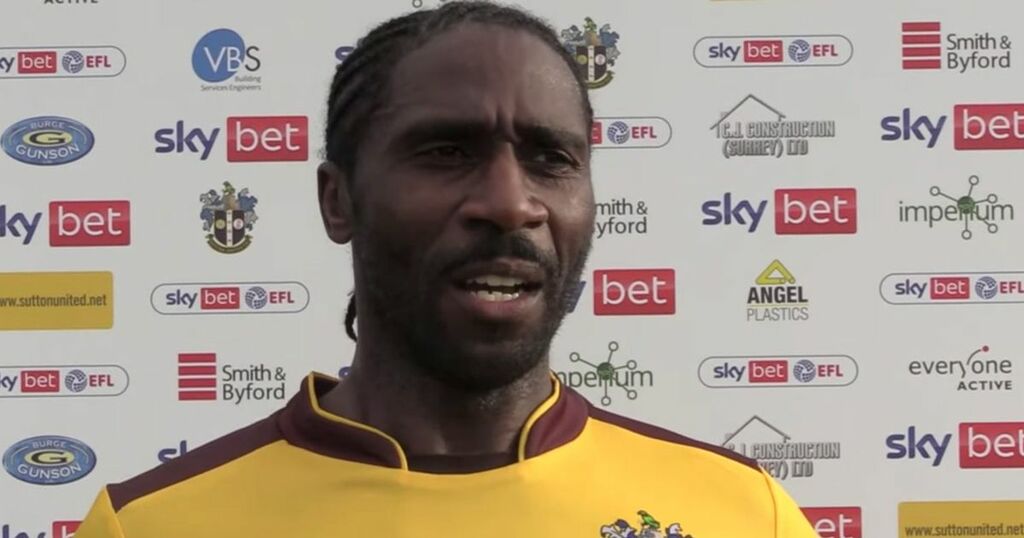 The Sutton United fitness trainer and midfielder came off the bench for the final 10 minutes of his side's landmark 2-1 win at home to Stevenage last weekend.

Aged 40 years and 207 days, Dundas must surely be one of the oldest ever players to make his bow in the EFL.

He replaced Richie Bennett, whose brace ensured Sutton came from behind to clinch a first-ever victory in the Football League and move them off the bottom of League Two.

Speaking post-match, Dundas says his cameo was a moment to treasure.

“It was a dream come true," he said. "I’ve been in non-league football for over 20 years and it has always been a dream of mine to play in league football.

“It’s one of my biggest life goals achieved. I never gave up on my dream. It was all about consistency, persistence and determination.

“Not stopping until you get there. (I'm) thankful to the management for trusting in me."

And despite being at an age when most footballers have long since hung up their boots, Dundas insists he has no immediate plans to retire just yet.

He added: "I wanted to help the team get this massive win. The main goal is to stay in the league, especially as it has taken us 123 years to get there!

“When the time comes to stop, my body will tell me. Hopefully for another season.

Dundas is almost part of the furniture at Gander Green Lane. He's scored more than a century of goals for them since arriving in 2007 and this is his second spell, having had a brief time away at Hampton and Richmond.

Former Luton striker Sam Parkin, speaking as a pundit on Quest's EFL highlights show paid tribute to Dundas' debut, saying: "He joined them in 2007 I think, which is incredible.

"It was a lovely story, him coming on the pitch and surely he would never have envisaged playing league football for Sutton."

Sutton are back in action on Tuesday night, at home to Hartlepool United - the team who joined them in promotion from the National League last season.