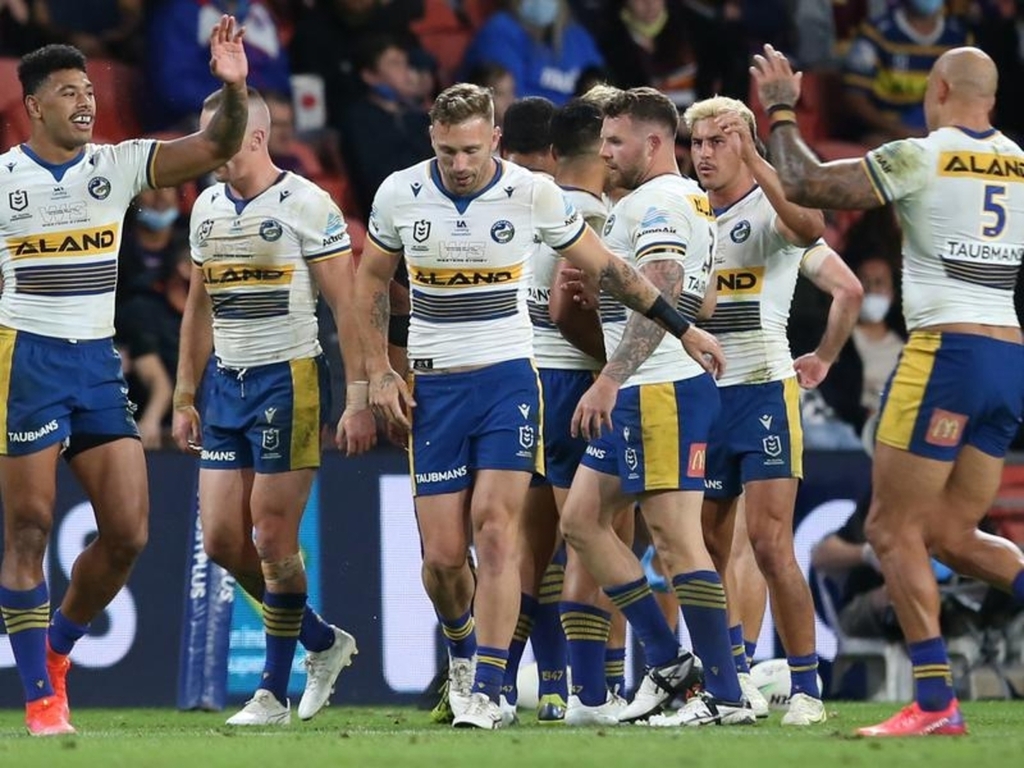 It was in Parramatta's win over Melbourne a fortnight ago that Brad Arthur saw proof the Eels could overturn their horror finals record.

The Eels had copped a hammering after four straight losses and five defeats in the space of six games.

That losing streak had been ended by a win over a struggling North Queensland, but with their halves under fire and Clint Gutherson's future in the spotlight, the Eels needed a scalp.

They then responded with arguably their best night of the season, a 22-10 win over Melbourne that stands as the last match played for the majority of Eels.

"The pressure builds and our response was really good to it," Arthur said.

"We had a massive challenge against Melbourne, which we rose to.

"So that showed (the answer to): Do we believe can win those big games?

"We showed that we can."

It's part of the reason why Arthur believes his team have been more measured in the build up to Sunday's elimination final against Newcastle.

Parramatta's history of finals struggles has been brought up time and time again externally, with players regularly questioned about it.

The Eels have won just one of six finals matches since their return to September in 2017, never advancing past week two despite two top-four finishes.

But Arthur claimed there had been signs he had a better prepared group this year, showing no nerves or signs of being overawed like he admitted they had in the past.

Arthur will also take the confidence of halfback Mitch Moses' performance against the Storm into Sunday's do-or-die match.

While the 26-year-old's output in big games has regularly been questioned, Arthur believed Moses stood up in the upset win over Melbourne.

"He's maturing with each game around his control and getting the balance right," Arthur said.

"Because he's a very good runner of the football, but he's also got the responsibility of steering the team around the field and getting his kicking game on.

"I think what everyone overlooked in the Melbourne game was his defence.

"If you go and have a look at his defence in that game, he was aggressive, he got up off his line and really committed.

"That paved the way for him and gave him the confidence for the rest of his game."