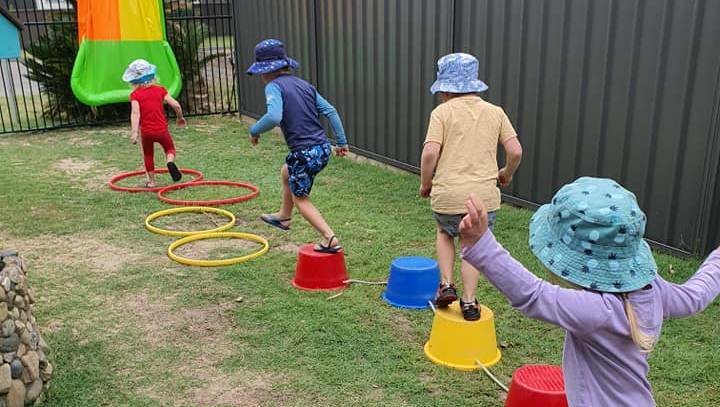 A Hunter early learning operator says she is worried less than half of her staff will be vaccinated by the mandatory November cutoff due to appointment availability.

The NSW government announced last month that all school and preschool staff are required to have received two doses of COVID-19 vaccine by November 8.

Claire Faraday-Bensley, who owns TLC Early Learning Centre in Raymond Terrace and Creative Kids Preschool at Belmont South, says only six of her 20 staff are currently vaccinated and a further two have appointments before November 8.

But some workers wanting Pfizer can't get second appointments until December.

While the government has recently pushed young people towards Astrazeneca, which is more readily available, Ms Faraday-Bensley said some staff were hesitant after the bad media surrounding that vaccine.

"They see Pfizer as the safer option," she said.

She pointed out that unvaccinated staff can currently work despite COVID being in the community, but from November 8 they won't be able to.

Ms Faraday-Bensley hopes the government will give priority to early childhood workers or extend the deadline. But if appointments aren't brought forward, she may have to change the way the centres operate.

"There's different levels of qualification and to meet the Education Department rules you have to have the right people of the right qualifications and the right ratios of teachers to children," Ms Faraday-Bensley said.

"So it doesn't work to say those six people can work, and we usually need more than six people on the floor anyway, but if they don't have the right training we're not being compliant with the department.

"It's not just our centre either. Come the 8th when everybody wants to go back to work, we'll have no staff to look after the children."

Port Stephens MP Kate Washington said only this week had GPs begun to contact her saying they are opening their bookings, but the deadline for education workers was looming.

"They have a young workforce, they all want Pfizer and can't get in anywhere and need to be double-dosed by the 8th November," she said.

"No one can give us exact time frames and so the stress on owners and businesses, - teachers, early childhood education ... when we are all going to be relying on them when our businesses go back ...if they fail to stand up a workforce then the whole system fails."