Education Minister assures plus one admission for all SSLC pass-outs; UDF stages walk out 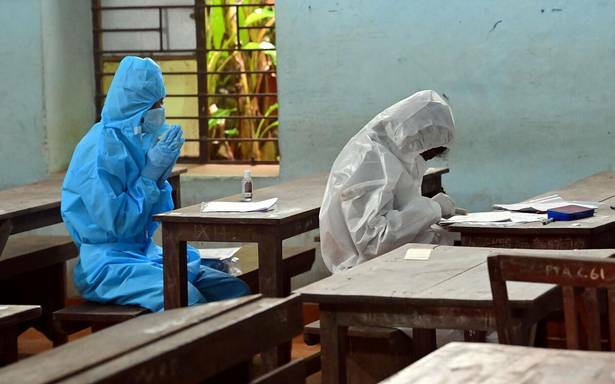 General Education Minister V. Sivankutty on Monday assured the Assembly that the government would address the mismatch between the high number of SSLC pass-outs and the relatively limited number of plus one higher secondary seats before the administration completes the second allotment process on October 23.

However, Mr. Sivankutty's reassurance did not dissuade the Congress-led United Democratic Front (UDF) opposition from walking out of the House, accusing the LDF government of depriving thousands of students of State-subsidised higher secondary education in subjects and schools of their choice.

Replying to a submission moved by the Leader of the Opposition, V. D. Satheesan, Mr. Sivankutty said the government had initiated a taluk-level survey of the availability of plus one seats.

He said the government was committed to ensuring that students studied their preferred subjects in schools close to their homes. The government would leave no student behind, he said.

The government would increase the plus one seat at the taluk level to compensate for the high number of SSLC pass-outs aspiring for further study, Mr. Sivankutty said.

Mr. Sivankutty said 85,313 students were in line for admission in the second phase of plus one allotment. As many as 69,642 vocational higher secondary and 14,654 plus one seat were available for their taking.

Mr. Satheesan said the Minister was mechanically regurgitating what bureaucrats had told him. He has not applied his mind. The government had only 655 merit seats available for plus one admission. The calls from distressed students and parents beset legislators across the aisle regularly.

"Many children, who scored A plus in all subjects, are unable to get a merit seat in a government school, and the Minister keeps parroting that the administration has an excess of 33,000 plus one seat in public-funded institutions,” he said.

The proposed 20 per cent increase in plus one seat would solve nothing. The government should create more plus one batch in State-run and State-aided schools, Mr. Satheesan said.

Many eligible students from struggling families have found themselves out of the mainstream of affordable education. Unaided schools levying a high fee were their only recourse, given the LDF government's apathy to the plight of students and parents, he added.