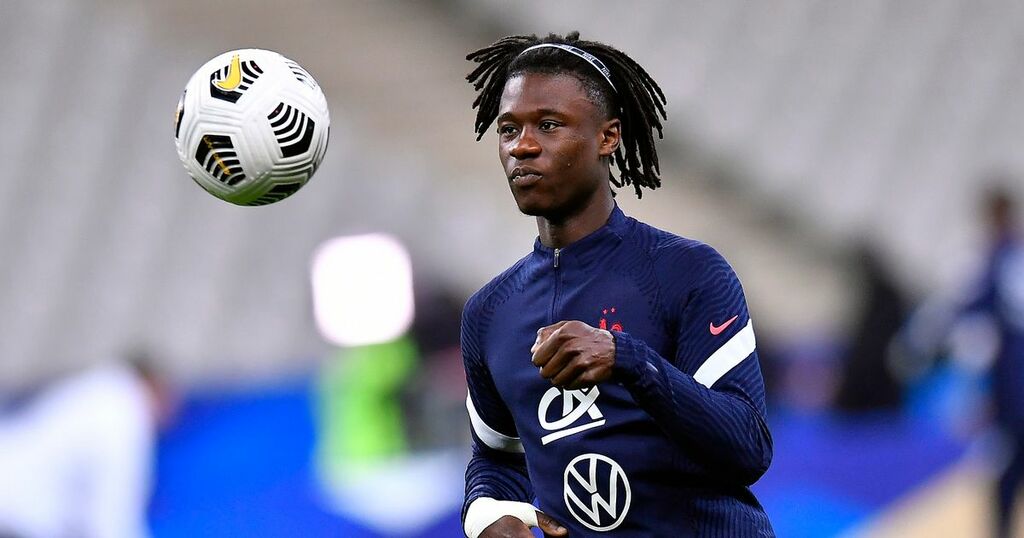 New Real Madrid signing Eduardo Camavinga has explained why his decision to join the club was an easy one despite interest from Manchester United.

The teenage central midfielder joined the Spanish giants late in the transfer window following a summer of speculation over his future, with United and Paris Saint-Germain also linked to his signature.

United were widely reported to have made an informal approach to gauge the player’s interest in a switch to Old Trafford this summer but were informed that his preference was a move to Spain.

Camavinga had clocked up 80 first-team appearances at Rennes - including four outings in last season’s Champions League group stage - and has been capped three times by the French national side.

Indeed, his senior international debut for Les Bleus in October 2020 meant that he was the youngest player to be capped by his nation since 1914, as he replaced N’Golo Kante for the world champions.

Camavinga became the youngest ever professional for Rennes - the club whom he joined aged 11 - when he made his senior debut on 14 December 2018 when aged 16 years and one month.

The midfielder completed his switch to Real Madrid for an initial £27million - with the fee rising to £34million after add-ons are included - and has revealed that his decision to move to the Spanish capital was straightforward.

Camavinga told his unveiling press conference: "When I found out that I could play for Madrid and learn from the best, I did not think about it."

"I come to learn and then I have to show the coach that I am ready to enjoy playing time in the first team.

Should Man Utd have prioritised signing a midfielder this summer? Comment below

"Benzema is an idol for all French people and especially for my generation of players - we have seen him with Vinicius.

"As I said before, it is true that I am a young player. Maybe I need time to adapt, maybe not. I feel ready to play.

"As for my favourite position, they ask me a lot, but I like to play in front of the defence but I adapt to many positions."

Camavinga was born in a refugee camp to Congolese parents but moved to France aged two and is now a potential star for his nation at senior level.