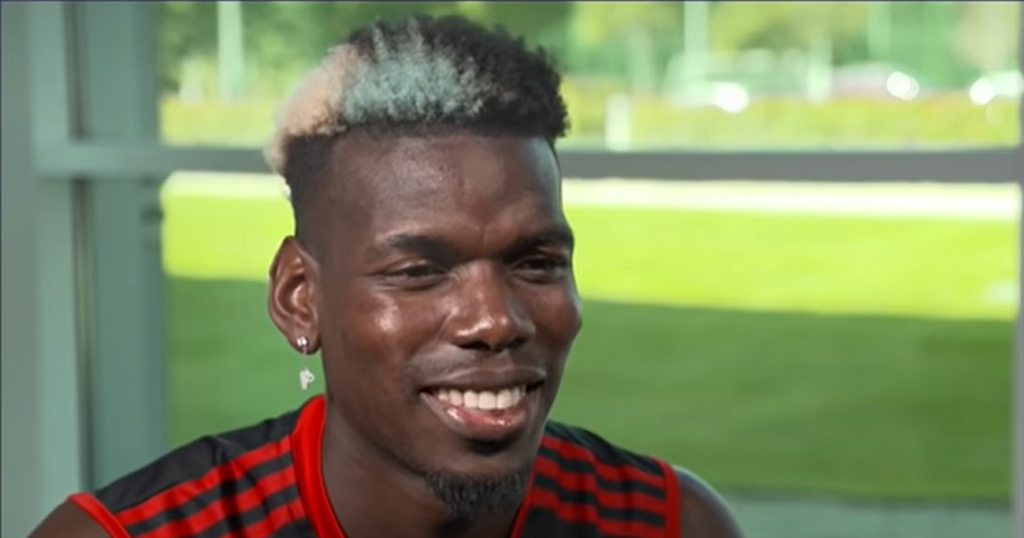 Now, despite spending £142m on six new players to bolster Mikel Arteta's first-team squad in the summer, the Gunners are expected to be active when the January transfer window opens.

As reported by football.london last month, Arsenal will target a new back-up goalkeeper if, as expected, Bernd Leno leaves the club in the new year as well as a defender and a midfielder.

Midfield will certainly be an area where Arteta and Edu must strengthen especially as Thomas Partey and Mohamed Elneny are likely to be away at Africa Cup of Nations duty and Granit Xhaka won't be rushed back after his injury lay-off.

As a result, Bayer Leverkusen's Florian Wirtz has been linked with a move to the Emirates Stadium, whilst talk of finally signing Houssem Aouar is unlikely to go away until he leaves Lyon - if that ever happens.

But the dream midfield signing to complete the Arsenal squad would be Pogba. Well at least in Ian Wright's world as he has previously admitted that he'd love to have a player like the Frenchman.

The Gunners legend heaped praise on the France World Cup winner following his performance in United's 2-1 win over Aston Villa last season, highlighting how the 28-year-old improves others around him.

"Yes [Pogba is back to his best] he is and you know, with all the stuff that’s happened with him he’s getting it right on the pitch," Wright said on Match of the Day. "He’s put it all to the side and to be honest he's putting in good performances.

"He was unlucky there [not to score against Villa] but I thought with his ability he should have scored. Great touch, great play, great awareness, great skill. He's getting everyone playing and that's what he does.

"He was everywhere. He was in his own box, he was up there in their box, he was doing everything today.

"That's what he can do with his creativity. you give him this much time when you have willing runners like Marcus Rashford….that is just fantastic.

"A super, super pass. I’d love to have someone like that."

So it's clear that Wright is a big fan of Pogba, but what does the future hold for the Man United star who is out of contract in June?

Well, the midfielder has dropped a major hint surrounding what's next for him amid talk of a return to former club Juventus next summer.

"I always speak to my former Juventus team-mates, like Paulo [Dybala]," he told Italian TV channel Mediaset. "I'm in Manchester, I've still got a contract there for a year and then we'll see.

"I want to finish well there in Manchester, then we'll see what happens."

Given Pogba would be free to speak with clubs outside of England from January 1, 2022 regarding a pre-contract agreement, the fact he has alluded to not making a decision about his next move until the end of the season does provide hope to any Premier League side interested in his services.

Edu and Arsenal included, especially if they want to make Wright an even happier man.

Although, whether the Frenchman would even be interested in joining a rival club that may not be able to offer Champions League football next season seems unlikely.