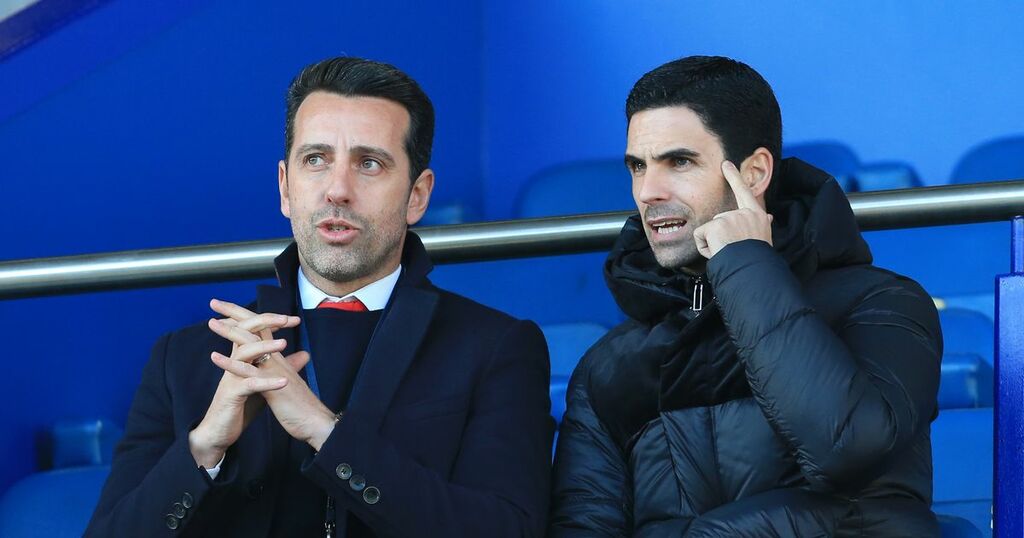 Arsenal have endured a torrid start to their Premier League campaign with no goals and no points from their opening three match.

The Gunners sit at the foot of the standings and the pressure is starting to pile on under-fire boss Mikel Arteta, who must swiftly turn the situation around.

Having missed out on European football for the first time in 25 years last season - his first full campaign in charge - there had been suggestions that such a repeat could lead to Arteta’s exit.

Yet technical director Edu has appeared to scale back the club’s ambitions for this campaign by stressing that securing European qualification is not a priority.

This is likely to be met with a degree of exasperation from Gunners fans, who have seen their club spend more in transfer fees in this summer transfer window than any other European club.

It appears to be an attempt to scale back expectations and take any short-term pressure away from Arteta, whose side host Norwich City on Saturday in a bottom-of-the-table clash.

"I don't want to be here and try to lie. What's Arsenal 's reality at the moment? We need to create a solid foundation. I don't want to see the squad in one season. I'd like to see Arsenal strong in one, two, three, four and five seasons. That needs strategy."

This represents a significant u-turn from the words of Gunners supremo Josh Kroenke, who spoke highly of Arteta and the club’s ambitions when the coach was appointed in December 2019.

What should Arsenal's ambitions be this season? Comment below

Kroenke said at the time: "He knows our expectations and those of our fans around the world are high and we are confident he can play a lead role in taking the club back to the levels we all demand."

Arsenal are not expected to challenge for the top four - never mind the Premier League title - this campaign but many fans are likely to be hugely frustrated by the scaling back in ambitions.

The latest comments suggest that Leicester City and Tottenham are among the clubs who are likely to once again finish above the Gunners, who also have to claw back ground to West Ham from last season.