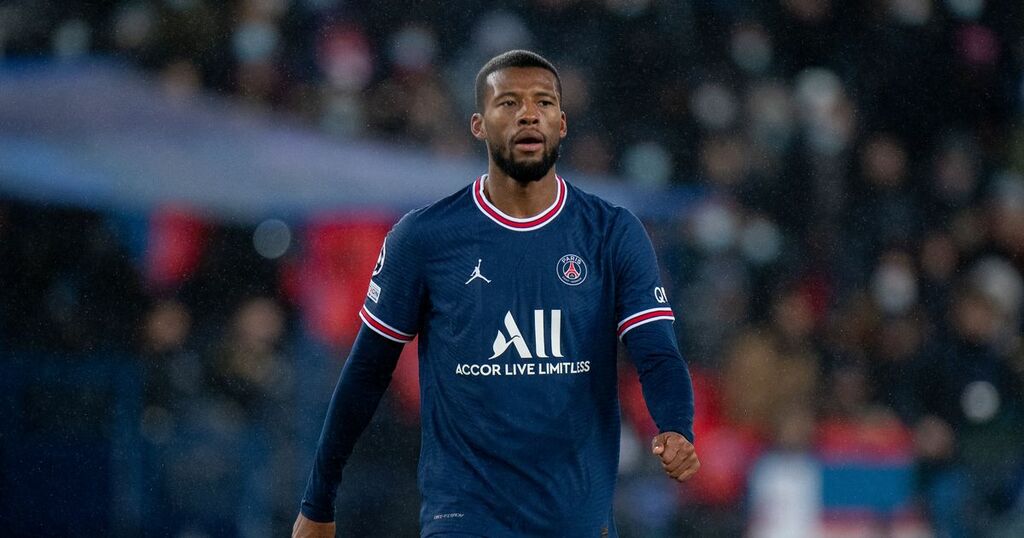 Mikel Arteta is desperate to bring a new central midfielder to Arsenal before the January transfer window closes.

The Gunners boss is without Thomas Partey and Mohamed Elneny this month, with the duo representing Ghana and Egypt, respectively, at the ongoing Africa Cup of Nations.

The majority of transfer rumours have concerned Lyon midfielder Bruno Guimaraes, who is said to be really liked by Arsenal, but the north Londoners suffered a blow on Tuesday

The 24-year-old, when speaking to Brazilian outlet Globo Esporte, has insisted he is not thinking about a move away from Lyon at the moment and insisted that interest in his services is "normal".

Guimaraes said: "It is normal to be mentioned like this when you are an Olympic champion, have been called up for the national team and are performing well individually.

"But I do not really like to think about it. I let my agent manage that."

He added: "There has been a change in management. We talked about it briefly when (former sporting director) Juninho was at the club.

"When the time comes, we will talk about it again. The focus now is to move up the rankings and put Lyon in the correct position."

It seems Guimaraes is fully focused on the job in hand at Lyon right now, so who could Arsenal turn to instead? football.london brings you five alternatives.

According to recent reports from Spain, Arsenal have 'accelerated' their interest in Paris Saint-Germain midfielder Gini Wijnaldum.

The Netherlands international has only been in Paris since the summer after completing a free transfer from Liverpool, but is said to not be happy with his situation.

Numerous reports have suggested that a loan move for Wijnaldum is the most likely option, with Sky Sports reporting last month that the Dutchman is 'open' to a return to the Premier League.

Arsenal were linked with Neves last summer, but a move for the Wolves midfielder never materialised.

Since then, the 24-year-old has been strongly linked with a move to Manchester United, but the Gunners are also said to remain interested.

The Portugal international has been in superb form for Wolves recently and has two-and-a-half years remaining on his contract at Molineux.

According to a recent report from Brazilian outlet R7, via Sport Witness, Arsenal are interested in Palmeiras star Danilo, with the Gunners thought to have already submitted a £16.7million bid for his services.

The 20-year-old has been scouted by Arsenal for some time, the report claims, and could be a cheaper option than some other midfield targets for the Gunners.

Juventus midfielder Arthur has also emerged as a possible alternative to Guimaraes, with Fabrizio Romano claiming that the prospect of bringing the Brazilian to the Emirates Stadium has been discussed.

The 25-year-old moved to Juve from Barcelona in the summer of 2020 for almost £70m, but things in Turin have not been ideal for the midfielder.

Now, the Old Lady are said to be open to allowing Arthur to leave the club this month.

A shock return for the former Arsenal midfielder was brought to attention in October.

Oxlade-Chamberlain has struggled to cement a spot in the first team since moving from the Gunners to Liverpool in the summer of 2017.

However, this season has seen the 28-year-old become a big part of Jurgen Klopp's plans and he has arguably enjoyed his most consistent spell at the Reds - in terms of performances - since he arrived at Anfield.

What should Arteta do?

Wijnaldum makes the most sense. By the sounds of it, PSG are open to loaning him out for the remainder of the season and the Dutchman wants to return to England.

The 31-year-old showed throughout his time at Liverpool that he is a big-game player, who flourishes in adversity.

With Wijnaldum the wrong side of 30, a short-term deal makes complete sense for Arsenal.