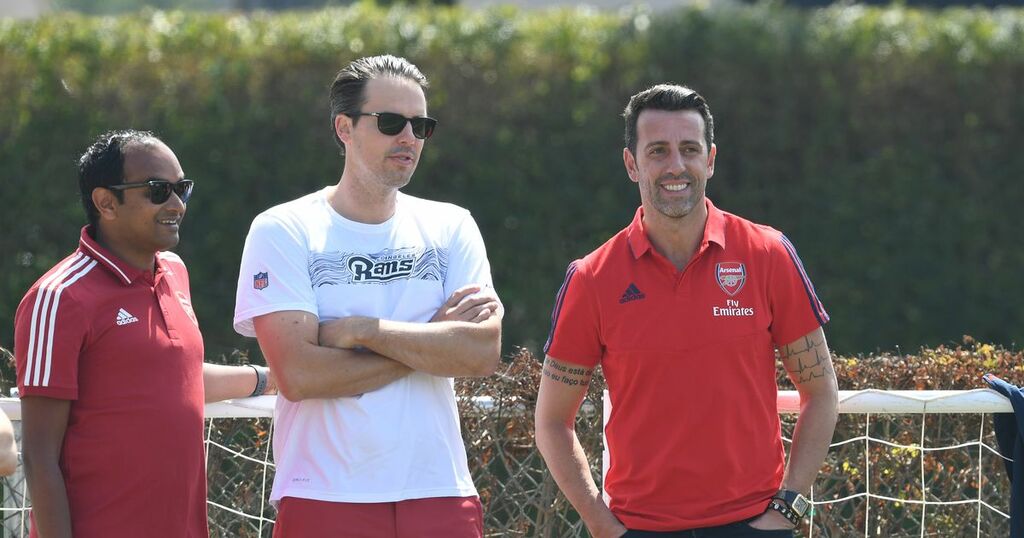 Mikel Arteta's 21-month tenure as Arsenal manager has been a difficult one.

The Spaniard has overseen back-to-back eighth-placed finishes in the Premier League, meaning the Gunners are without European football this season for the first time in 25 years.

The north Londoners have started the current campaign in even worse fashion, losing all of their first three Premier League fixtures without scoring a single goal in the process, leaving them rooted to 20th place in the table.

It is a far cry from what was expected of Arteta's side when he was appointed, with Arsenal chief Josh Kroenke claiming back in December 2019 that he expects the Gunners to get back to the footballing pinnacle.

"He knows our expectations and those of our fans around the world are high and we are confident he can play a lead role in taking the club back to the levels we all demand," Kroenke said at the time in an ambitious message.

However, the club have evidently changed their tune in recent times, with technical director Edu admitting last week in something of a u-turn that he isn't necessarily even targeting a top-six finish.

Instead, he is looking forward to what the current group of players can produce given the young average age of the squad.

"I don't want to be here and try to lie. What's Arsenal's reality at the moment? We need to create a solid foundation. I don't want to see the squad in one season. I'd like to see Arsenal strong in one, two, three, four and five seasons. That needs strategy."

It is clear to see Arsenal's strategy moving forward after their summer business, but the tact has clearly changed since Kroenke's demands more than 18 months ago.