Edrick Lee: Why I'm leaving the Knights for the Dolphins

Edrick Lee's experiences over almost four years at the Newcastle Knights have shaped him for life.

Since arriving at the club from Cronulla in late 2018, Lee has gone through some incredible ups and downs.

A 196cm-tall winger who plays with high energy and is rarely spotted without a smile, Lee has been a fan-favourite and much-loved team member in Newcastle.

His on-field efforts in 2020 also earned him a State of Origin debut for Queensland.

But with the highs, have come some deep lows.

Lee didn't play a game in 2021 due to a foot injury that at one stage looked set to threaten his caeer. He also missed half the season the year prior with a broken arm.

But most significantly, within the space of a year, Lee lost both his parents.

The second death - his mother - came in late 2020 after not seeing her that entire year because of COVID.

The devastating family tragedy is primarily why 29-year-old Lee has chosen to return to his hometown, Brisbane, taking up a two-year contract to play with incoming club the Dolphins.

"Given what's happened with my family - I haven't been able to go back home due to COVID - so I thought it was a chance to connect with family, also my cultural side - there's a lot of things I have to do there to bury the burden of what's happened.

"But in saying that, the four years that I have had here have been home and the Newcastle community and fans and the club have helped shape me as a player and as a person off the field."

Lee will always be grateful to the Knights for how they have treated him. He found telling the club of his decision to leave one of the "most difficult" things he has done.

"It was definitely emotional when I had to tell the coaching staff and the playing group because of what they've done for me and how they've helped me out away from football," he said.

"With the year that I had in 2020, I started off the year strong and came back from injury and managed to play an Origin game.

"I was on a high and the next year was, what it was, with the footy injury.

The Dolphins, based out of Redcliffe, enter the competition next season as the 17th team.

"Every new franchise tends to start off well," Lee said.

"It's a chance to be part of history there and something special, but I've still got the rest of the year here."

The Dolphins will be coached by veteran mastermind Wayne Bennett and are assembling a decent roster albeit without a top-line star.

Lee wasn't too interested in who they had signed when asked of his thoughts, instead focusing on the roster he is currently a part of.

"I haven't looked too much into it, but there's a few key signings in the middle," he said.

"I think they're shaping alright, but in terms of us here now - I think with the squad we've got we can push for the [top] eight."

Lee joined the Knights after two seasons with the Sharks, which followered five in Canberra. He said he mainly signed with the club to keep playing with Jesse Ramien.

But he believes Ramien's departure after only a year, as hard as it was to see his "good mate" leave, was another experience that helped him grow.

"Once he signed, it was a big initiative to come here," Lee said.

"Unfortunately, he parted ways but I managed to build strong relationships within the group and I think away from footy it helped ease my mind and build up the man that I am now.

"It's definitely shown both on and off the field. "

An Indigenous man of both Aboriginal and Torres Strait descent, Lee is looking forward to playing in this weekend's NRL Indigenous Round.

"It is a showcase of the cultures within the playing group," he said.

"Everyone gets behind it and everyone really embraces the culture, but in saying that we've got a very multicultural group and everyone draws from each other's cultures and we've started to blend it into the one that we can showcase at Indigenous Round. 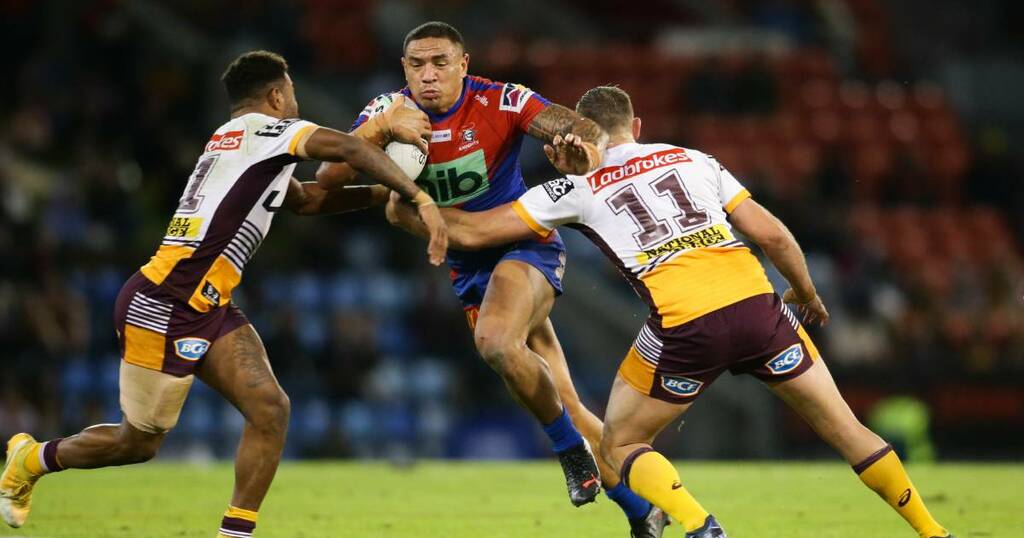