China’s exports reported an obvious slowdown in the first quarter of 2022 after seven consecutive quarters of rapid growth. But the latest data is not rosy. In dollar terms, China’s exports grew 3.9% in April from a year earlier, down 10.8 percentage points from March, according to statistics from the General Administration of Customs. This unusual slump weighed on the business community. Soaring export orders in Vietnam and other Southeast Asian countries set off a new round of concerns about industry transfer from China. China should have the foresight to take proactive actions amid the short-term worries over its foreign trade. China’s foreign trade is facing multiple challenges, including declined foreign demand, deteriorated terms of trade, disrupted supply chains during the Covid-19 outbreak and fierce international competition. In the long run, China must deepen its market-oriented reform, push for institutional opening up, optimize the domestic business environment, and create a peaceful and stable international environment to effectively stabilize foreign trade and ensure sustainable economic growth.

It should be noted that China will experience a slight decrease in its export growth due to its structural transformation and the adjustment of the global supply chain. China was able to contain the Covid-19 outbreak relatively fast and resume work. Coupled with strong external demand, China’s exports surged. Its global share climbed starting from the second half of 2020. However, its export rebound during the pandemic may not last in the long term. China ought to have foreseen a decline in export growth as the global economy recovered and stimulus policies dwindled. Yet this unexpected plunge in the growth of exports could have been avoided. During the recent wave of omicron outbreaks in China, many local governments resorted to excessive measures (such as the one-size-fits-all approach), disrupting the industry and supply chains, clogging logistics and preventing business resumption. These moves definitely hit foreign trade companies’ production and export.

Some, on the other hand, are quite optimistic about China’s exports. They believe that this is a short-term consequence of this new wave of omicron outbreaks. The country’s exports will eventually pick up once local outbreaks are contained, and the domestic supply chain goes back to normal. It is possible for China’s exports to increase marginally in the coming months; anyhow, the long-term trend of China’s foreign trade will take the lead.

The problem that industries are moving out of China should be handled properly. Some argue that China’s exports will rebound once the local outbreaks are contained thanks to its complete industrial system, sound industry and supply chains and reliable infrastructure. Others suggest that as China presses ahead with industrial upgrading, the shifting of middle and low-end industries to neighboring countries is inevitable and should not be seen as a cause for alarm. These two views may seem different, but they share the same optimism about the status quo and prospects of industrial development in China. Overall, China is in the mid-stream of the global value chain, despite all the remarkable progress it has made in moving up the value chain after years of arduous struggle. We are still stuck in the middle. For industrial upgrading to take place, especially for the manufacturing industry to climb up the supply chains, we need to stay alert: it won’t be an easy task as the big players will never hand the market over.

How foreign demand will shift, whether industries will move out of China, and whether there will be a rise in export orders are entirely up to the global market. However, China should and can mitigate the shock of global industry transfer. The top priorities are to stabilize international trading companies’ business operations, ensure the smooth flow of foreign trade and build more secure industry and supply chains. This puts out the call for China to take more scientific and targeted pandemic control measures “to achieve maximal efficiency and minimize the pandemic’s impact on economic and social development.”

In the long run, China must deepen reform and open wider, create a better environment for foreign trade and investment and promote entrepreneurship. How to achieve this should be our long-term concern. Building a unified national market and regulating and guiding the development of capital according to law in China, which would lay a solid foundation for stabilizing China’s foreign trade, were widely debated recently. The Ministry of Commerce and 13 other ministries and commissions issued the Notice on Launching the Pilot Program for Integration of Domestic and Foreign Trade to pilot innovative approaches in areas such as laws and regulations on domestic and foreign trade, regulatory systems, business qualifications, quality standards, inspection and quarantine, and international convergence in accreditation and certification. We hope other government departments will follow up on these moves, and we look forward to fruitful results.

China needs to open wider, integrate itself deeper into the global market and participate more fully in the international economic and trade system through institutional opening-up. At the April 29 meeting of the Political Bureau of the CPC Central Committee, it was pointed out that “Efforts should be made to promote high-level opening up and cater to the need of foreign companies for a convenient business environment. This can stabilize foreign trade and attract foreign investment.” What’s more, it can reassure foreign companies and international markets and quash the causes of their worries. Opening wider to the world ensures stable foreign trade and China’s overall national strength. Economic isolation is harmful to national security. Geopolitical events, such as the Russia-Ukraine war, provide ample evidence. Creating a peaceful and stable international environment is vital for stabilizing foreign trade; the two are mutually reinforcing.

A man without foresight will have immediate worries. Foreign trade matters to employment, income and consumption. In the foreseeable future, China’s net exports will continue to be a substantial part of GDP, and foreign trade will be of enormous importance for the high-quality development of innovation-driven China. We hope that amid fierce global competition, Chinese companies can have a more favorable environment where they face no artificial trade barriers detrimental to their growth. Deepening reform and opening wider is fundamental to stable foreign trade. 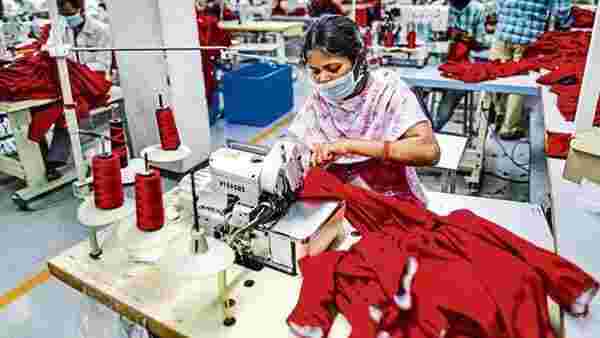 Livemint
One subscription that gives you access to news from hundreds of sites
Explainer: Is Thai supply chain anchored to China?