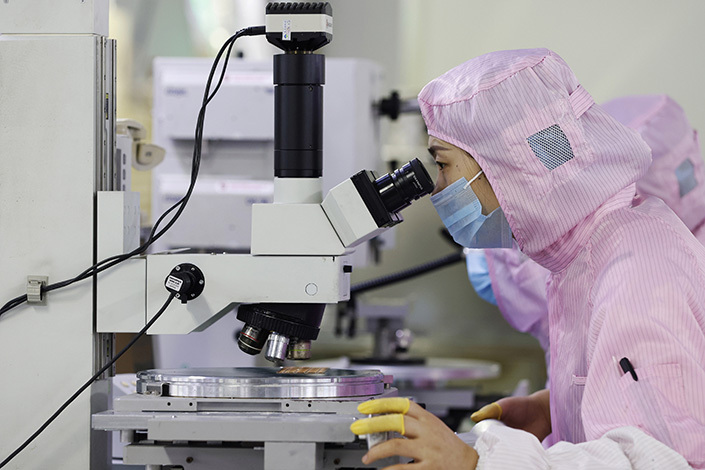 The plight of smaller Chinese companies has become a source of great concern for policymakers.

On Sept. 1, Premier Li Keqiang presided over an executive meeting of the State Council to strengthen support for market entities, especially micro, small and midsize enterprises. On Sept. 6, Vice Premier Liu He declared that “there are no changes in the principles and policies for supporting the private economy; they have not changed now and they will not change in the future.”

Such support aims to take some of the pressure off these companies, the majority of which are privately run. The importance of private companies to the Chinese economy is well known. The private sector contributes more than 50% of total tax revenue, more than 60% of the gross domestic product, more than 70% of China’s technological innovation, more than 80% of urban employment and makes up more than 90% of market entities.

For many years, the Chinese government has adhered to the principle of “unswervingly encouraging, supporting and guiding” the development of the nonpublic economy and thus protect the basic economic system in its initial stage of socialism.

This statement shows that these policies have achieved a great deal. In response to the concerns of private enterprise, China in 2020 released the “Regulations on Optimizing the Business Environment” to continue relaxing market access rules and implementing a unified, national market access negative list system. The establishment of the Beijing Stock Exchange, which focuses on specialized and new “little giant” companies, will be a boon for private companies.

However, the fact that high-level government officials still feel the need occasionally to reassure the markets about the private companies is noteworthy. It indicates that more sound policies and institutional guarantees are needed to maintain long-term growth of the private sector. The private economy is struggling. Data from the National Bureau of Statistics shows an increased divergence in profitability among industries and companies with different forms of ownership this year. In the first seven months of 2021, the revenue share of state-owned enterprises and state-holding enterprises has increased by 5 percentage points since last year. In contrast, the total revenue share of others, including joint-stock companies, private companies and enterprises funded by foreign investors or investors from Hong Kong, Macao and Taiwan, has fallen. In particular, the share of revenue from private industrial enterprises is down by more than 2 percentage points, causing the gap between the profitability of the private and state-owned sectors to widen by 3.5 percentage points over the period.

In addition, factors such as insufficient operating cash flow, high financing costs, increased pressure to deleverage and the rapid appreciation of the yuan have made it extremely hard for private companies to survive, let alone invest more in their businesses. This situation is hindering the smooth functioning of the national economy. As a response, the recent State Council meeting pointed out that “we must take further steps to maintain stable growth, ensure employment and maintain security in operations of market entities, particularly micro, small and medium enterprises.”

The plight of private enterprise in China stems from several factors. Weak domestic demand during the Covid-19 pandemic — the most direct reason — continues to haunt private businesses. Most private companies are in the manufacturing and service sectors. This year, private manufacturers in midstream and downstream sectors have suffered rising production costs due to high commodity prices, which have been pushed even higher thanks to China’s carbon reduction campaign. The private sector has also been hurt by the recent flooding that has ravaged parts of the country, as well as the flurry of new regulations. Fundamentally, the hardships that private companies are experiencing today are the inevitable consequences of the lag in systemic reforms and structural changes. This situation is, despite the existence of the “invisible hand” in markets, undeniably the result of the long-term failure in building effective market access rules for upstream sectors and their deep-rooted administrative monopoly. Private enterprises in the services sector are subject to both too much regulation and too little regulation at the same time — a situation that is challenging to change.  In response, the central government has vowed to “strengthen support for micro, small and midsize enterprises” and “make full use of the general-benefit tax cut policies and take further action to maintain security in operations of market entities and ensure employment while keeping major economic indicators within an appropriate range.” Under the current circumstances, the government has mainly relied on financial and fiscal policies to strengthen its support of private companies. These policies, particularly the large-scale tax and fee reductions, have been effective during the fight against Covid-19. At a State Council policy briefing held on Sept. 7, officials from the People’s Bank of China and the Ministry of Industry and Information Technology introduced new efforts to prop up micro, small and midsize enterprises, including another 300 billion yuan ($46.5 billion) of re-lending this year.

However, as the saying goes, “Money is not everything, but without money, you can’t do anything.” To a large extent, the private companies’ lack of capital is the result of the plight, not the cause. For China to take the stress off private enterprises, multiple comprehensive measures must be taken. Problems exist at different levels and should be addressed by the corresponding level of policy support. Government departments at all levels need to focus on private enterprises’ long-standing problems. They will need to press ahead with reforms to streamline administration, delegate power and improve government services. They will also need to optimize the business environment, reduce institutional transaction costs and protect property and intellectual property rights and fair competition. In addition to offering precise and effective macroeconomic policies, it is even more important to follow the principle of competitive neutrality and ownership neutrality and further reform state-owned enterprises to create a suitable institutional mechanism and legal environment for entrepreneurial success. While much work has been done to stop monopolistic trends in the platform economy, it is also crucial to break all administrative monopolies, improve market access to even more industries and offer equal opportunities to enterprises under different types of ownership. These reform goals have long been identified, and governments have been working hard to push them ahead. However, more work needs to be done and a long-term mechanism needs to be built to put these ideas into practice. The healthy development of private enterprises is essential for the Chinese economy to achieve high-quality and more sustainable development. It is also vital to get new growth drivers to replace old ones, and for building an innovative country.

Governments at all levels should effectively communicate with private enterprises by responding to their concerns and answering their questions promptly and directly. Reassurance is necessary, but in the future, we hope that private companies will be able to develop safely without it.

If you would like to write an opinion for Caixin Global, please send your ideas or finished opinions to our email: opinionen@caixin.com