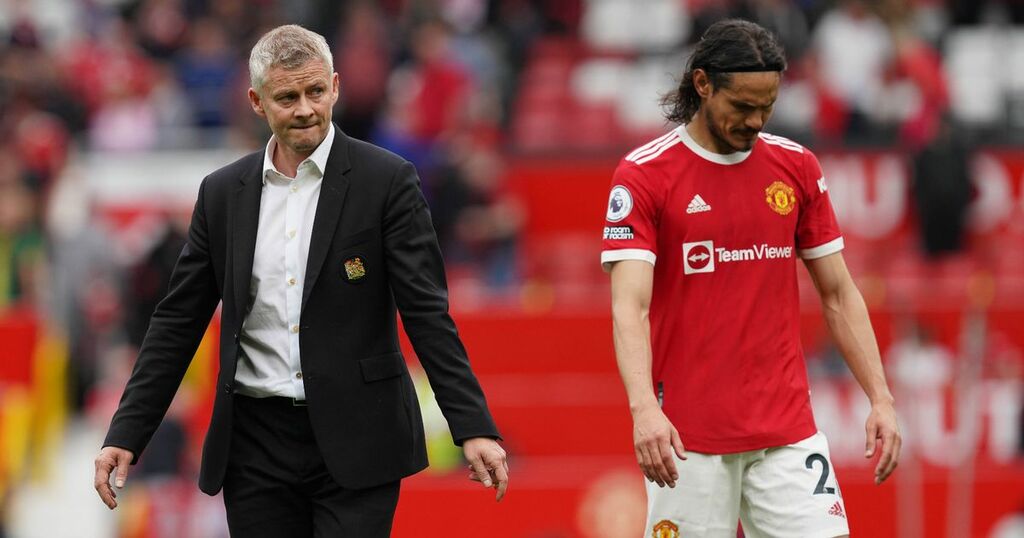 Edinson Cavani has been told he may have to leave Manchester United if he wants to continue being a key player for Uruguay.

The striker extended his Old Trafford stay in the summer but has found opportunities hard to come by this season.

Last term he proved his worth, usurping Anthony Martial to become Ole Gunnar Solskjaer's first choice in attack, but Cristiano Ronaldo's arrival has furthered competition - with the Portuguese now the undisputed No.1 pick.

Cavani has started just one of United's seven Premier League games this far, with a further two appearances coming from the bench.

For years he has been a leading light with his national team, but in the recent round of international games he failed to start either of Uruguay's contests.

Compatriot Gus Poyet believes that may be down to a lack of action in Manchester and urged him to consider a midseason exit.

He told talkSPORT : "He was unlucky, because without Ronaldo coming in, he was playing as the main striker.

"The decision of Juventus, Man City getting involved, incredibly went against one person especially – and that was Cavani. Maybe he should move in January.

"From the outside, I don’t know him, but if I was him, seeing how things are now, and seeing him not getting to 90 minutes for the national team because he’s not playing – maybe."

Cavani is vying for the No.9 role with Ronaldo whilst Mason Greenwood, Anthony Martial and Marcus Rashford are also options.

If he were to seek a wide berth then Jesse Lingard, Jadon Sancho and Paul Pogba would also provide competition, as well as the aforementioned quartet.

Solskjaer has recently faced criticism for chopping and changing his side, as well as not giving certain individuals sufficient minutes with January departures being linked.

The Norwegian is, to a degree, fighting a losing battle. It will be almost impossible to keep all his players happy so if Cavani were to leave it would potential ease that pressure.

Despite being 34 Cavani still scored 17 times last term and would be a major asset to any club.

Does Edinson Cavani need to leave Man Utd? Comment down below

Gary Neville has urged his former teammate to stop with the regular team changes however and pick a settled XI, which could further hamper the Uruguayan.

He said on his podcast : "Ole at the moment is rotating, like Sir Alex Ferguson used, because he's got access to so many players he's almost picking different teams every game.

"That has got to stop. He's got to pick a way of playing, which he has, select an XI and let that team build an identity and a style."

Whilst Owen Hargreaves told BT Sport: "I don’t think Ole does [know his best XI] that will take time."