Edinburgh vegans fume over 'ignorant' butcher's sign - but not everyone agrees 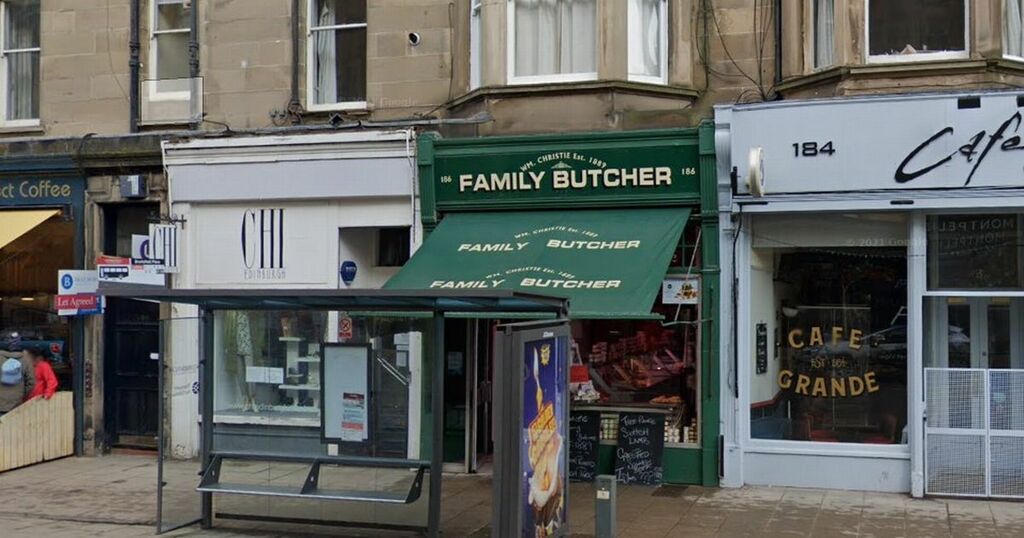 Furious Edinburgh vegans have hit out at an 'ignorant' sign placed outside a family butchers.

The chalkboard sign, outside W.M Christie Butchers in Bruntsfield, calls on locals to end 'violence against plants' by eating meat.

But the message was branded 'nonsense' and the owners called 'psychopaths' by some fed-up plant eaters.

The chalk sign reads: "Every day thousands of innocent plants are killed by vegetarians. Help end the violence and eat meat."

The sign pokes fun at a common argument used by veggies and vegans that thousands of innocent animals are killed every year by meat eaters.

W.M Christie is a fifth generation family butcher which was established since 1889 and is now run by Willie Christie.

The Facebook post captioned: "Spotted at family butcher in Bruntsfield, sooo funny!" was shared by local Jakub Dragon who captured the image.

The 22-year-old student told Edinburgh Live: "I just think it’s nonsense, I don’t understand, how can they justify killing an animal like that. It only bring anger, and fights and I don’t find that funny. Surely eating plants is less damaging to the environment, and plants, unlike animals are not sentient."

Many were outraged by the tongue and cheek sign that pokes fun at the vegan diet.

Kevin Thomson exclaimed: "Jeez, the ignorance is astonishing. Plants are not sentient and exist in synergy with humans and animals as a food source.

"You just can't say I murdered a carrot. People will cling to all sorts of nonsense to justify murdering animals....animals that have exactly the same fundamental wishes as us - to be happy, safe and free from suffering."

Adam Rennie said: "So if I interpreted that right we need to eat the humans because it was humans that killed the plants too?"

Lisa Roy added: "And what does their meat eat?"

While one believed it was just a laugh and there was no need to get upset over it. Gilly Billy said: "Surely we can take this in good humour.

"These people are running a business that has been in their family for generations. It doesn’t mean we all have to eat meat.

"It can’t be okay for Vegans to fly the vegan flag, and not okay for meat eaters to do the same. Regardless of our reasons behind being Vegan."

Willie who runs the butchers with his brother was amused by the online reaction and thankful for the free advertising. Speaking to Edinburgh Live he said:

"As it it’s veganary, isn’t it fitting it could be meatanury too? It wasn’t malicious in anyway, just a simple joke and banter.

"People have taken it wrongly. we are surrounded with people telling us to go vegan and vegetarian, yet my business is a Butchers. We sell meat and I’m promoting my business.

"Everyone is entitled to their own opinion and I respect that, I’m just expressing mine. And it seems to have worked, given the attention my Butchers has now received."