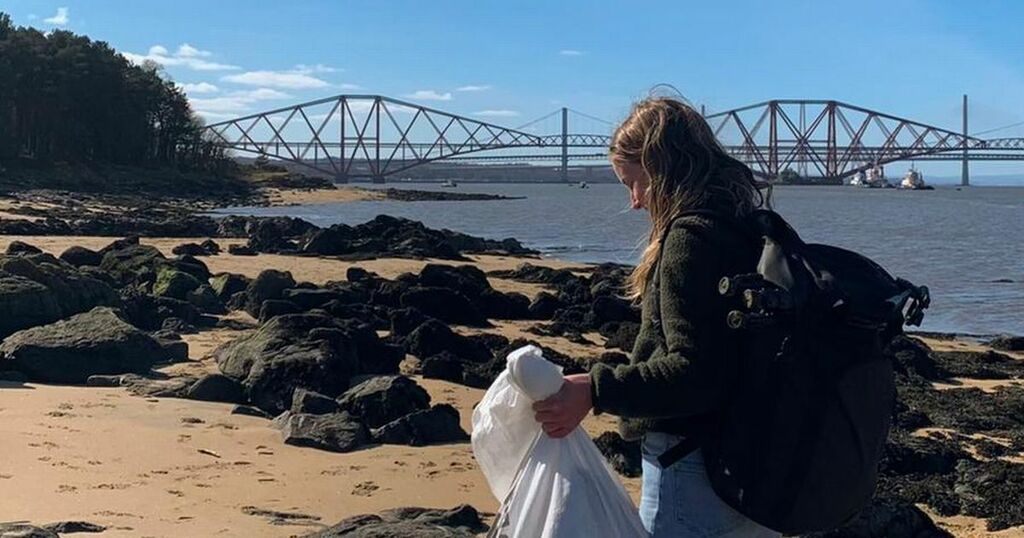 An Edinburgh surfer has warned that E-coli has been found in popular bathing spots across the Firth of Forth.

Kim Travers, part of the Surfer Against Sewage representative, has thrown her support behind a national campaign after discovering the harsh truth.

The ‘Come Forth and Treasure Your River’ campaign, organised by Hubbub and Keep Scotland Beautiful, will run for six months.

The 22-year-old says feels that now is the right time to pressure governments and the public after UK residents fell in love with their surrounding natural environment through the Covid-19 pandemic.

But she says that standards are getting worse with E-coli found in popular bathing spots across the Firth of Forth.

She is a regular surfer, paddle boarder and swimmer in the Forth.

On the campaign, she said: “I joined Surfers Against Sewage in the hope of making an impact against river and sea pollution in Scotland.

“I’ve seen first hand how the sea can help improve people's perspective and overall mental health and because of this I feel strongly about doing everything I can to protect our coastlines.

“But week on week the water quality is becoming more of an issue in Scotland, with regular water testing and traces of E-coli showing up on some of the busiest bathing beaches on the Forth - we need to make changes.

“This starts with the basics like physically removing the pollution off the beach and from rivers. When taking part in beach clean with SAS we have found the most common problems coming from rivers into the ocean are wet wipes and cotton buds. Sometimes the things you flush are not picked up when they exit the drains. Although a lot of fishing nets and debris can often be problematic around beaches.

“Another approach is by making big waves with campaigns calling on the devolved and UK parliaments to acknowledge that cleaning up oceans and rivers is a solution to recovering from our climate crisis.

“Now more than ever there is a sense of community with like-minded people joining in on regular beach and river cleans to ensure our shorelines are protected as well as signing petitions to alert those in power to the dangers of things like single-use plastics.

“Being a regular beach-goer and living on the East Coast of Scotland is an interesting combination. The beach is a safe place for myself and so many others, that’s why I feel so strongly that having clean water and a pollution free beach should be made accessible to everyone no matter where they are in the world.”

Scottish communities have joined the larger “Treasure your River” campaign along with their English, Welsh and Northern Irish counterparts.

The campaign will help reduce the huge amount of litter entering the River Forth and subsequently the sea as well as in other waterways elsewhere.

Hubbub alongside Keep Scotland Beautiful are hoping that the campaign will succeed in calling for businesses, community groups, residents and other organisations situated along the River Forth and its estuary – from Stirling, down to Edinburgh and along the Fife and East Lothian coastline - to get involved in keeping their environment healthy.

The campaign will run from May to November and the programme of activities includes visiting robot boats and a recycled fishing for litter punt, an exciting art installation and litter surveys and clean up activity.

Barry Fisher, our CEO said, “We’re delighted to be working with Hubbub to bring ‘Treasure Your River’ to the communities along the River Forth. This exciting campaign complements our source-to-sea litter activity on other iconic Scottish rivers. Our data shows that we are facing a litter emergency in Scotland, and with 80 percent of marine litter coming from land, often via our waterways, we are looking forward to collaborating with others across the UK to tackle this global issue.

“Increasing awareness of lockdown litter levels have galvanised action across Scotland and we have seen an upsurge in positive activity as people pledge to litter pick the places they love – now we’re eager to build on this by supporting those living and working along the Forth to unite with others to take collective action to stop litter entering the sea via the river and its tributaries.”

Gavin Ellis, Director and Co-founder of Hubbub said “As lockdown restrictions are lifted there is increased concern about the amount of litter in our public and green spaces. Treasure Your River aims to make the connection between litter in our towns and cities and plastic in the oceans, and to offer people something positive they can do about it. The majority of plastics in the oceans are carried there by rivers; the River Mersey for example has proportionately higher levels of microplastic pollution than the Great Pacific Garbage Patch. We invite any individual or organisations along these rivers to come together and help halt the flow of litter into the sea. There’s something for everyone, whether you’re a local business, a sailing club, a school, a charity or a resident.”

Treasure Your River aims to be the UK’s largest ever collaborative effort to prevent and reduce the amount of litter in our waterways, tackling six of the UK’s largest river systems: the Avon, Forth, Mersey, Severn, Thames and Trent and their tributaries.

The campaign is being run by environmental charity Hubbub with funding from the Coca-Cola Foundation.

It will initially focus on preventing litter from entering the rivers and clean-up activities in seven major cities based on these rivers and the waterways that flow into them – Bristol, Cardiff, Edinburgh, Liverpool, London, Manchester and Nottingham, which between them are home to one in six of the UK population.

Check out the T reasure Your River webpage for more details.