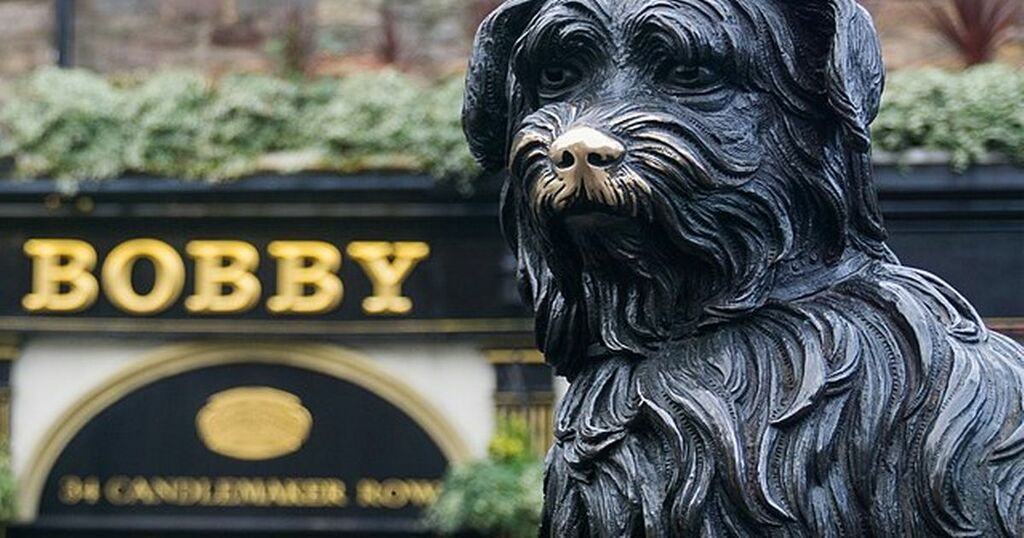 Every Edinburgh resident - and visitor - knows the heartwarming and poignant story of Greyfriars Bobby, who was waiting by his master's grave for 14 years, refusing to leave his side even after his death.

Today, January 14, students from George Heriot's School will pay tribute to the famous dog, who became a local symbol of loyalty, laying flowers for him.

"People all over will come to Edinburgh - and if they're dog-related and have read Greyfriars Bobby, that's where they end up.

"That loyalty that is symbolised in the Greyfriars Bobby story is still there between dogs and humans.

"And I like the second 'L'-word - that loyalty that the dogs give us I think is returned by love."

During his lifetime, Greyfriars Bobby became a true legend and probably the first and only dog to receive the key from the city. The act meant that in 19th-century Edinburgh, Bobby could walk anywhere and even vote in any elections - the right women were yet to be granted.

On January 14 1872, Bobby died of jaw cancer, as Edinburgh Veterinary College concluded - and was buried inside the gate of Greyfriars Kirkyard, not far from his master's John Gray's grave. This fact is also quite unusual given the strict views of the church at that time.

Back in the day, people would travel from far to see faithful Bobby guarding his master's grave. And so they do now to hear his story, rub the nose of his statue (which, by the way, you shouldn't do as it ruins the memorial) and lay stones and sticks on his gravestone.