While some of Edinburgh's most expensive and plush properties may be nice to look at and dream off, they are, for most people, nothing but a fantasy.

Your dream home in the capital could cost upwards of £1 million, depending on the location and amount of luxury features.

If, instead, you are looking at the other end of the scale and after a cheap property that needs a few finishing touches, then there are currently plenty of options out there that, in some cases, cost less than £100,000.

READ MORE: Diner slams Edinburgh's Number One at The Balmoral restaurant after being told to remove hat

Ignoring garages and retirement homes, the five cheapest pads on the market in Edinburgh right now, according to Rightmove, are definitely not as run-down as you would think.

Kicking off with this one-bedroom home located on St. Katherine's Brae, just off Liberton Gardens, there is actually a lot to love.

The first thing you may notice, is the price. The asking figure for this home is currently £99,950, which many would see as a bargain. It has one-bedroom and one bathroom, but the kitchen is very modern and all of the rooms are a decent size.

Other features include private parking, a lounge, double glazing and a private garden, some of which wouldn't even be included in a £400 city centre flat.

Although the inside of the property could do with sprucing up a little bit, for the asking price, it certainly seems worth the punt.

The second cheapest property in Edinburgh at the moment is on the market for the same price as St. Katherine's Brae, only this one has two-bedrooms, instead of one.

Located on Calder Grove, this flat, near Sighthill and Wester Hailes, is quite far out from the city centre, hence the cheap asking price, although there are plenty of nearby amenities, as well as the Union Canal just a few minutes walk away.

Unlike the first property, there is a considerable amount of snagging issues with this flat. There will be work required in most of the rooms, although when it is finished, it has extreme potential to be one couple's dream home.

It has a spacious kitchen, as well as neatly tiled bathroom and shower room, with a bath. Both bedrooms are also spacious and benefit from a large amount of natural light.

This attractive one-bedroom flat in Fauldburn, near Drum brae, certainly appears to be worth more than the asking price.

On the market for as little as £105,000, the cosy ground floor apartment would be ideal for a first-time buyer or young couple.

Situated in a quiet residential area, the property comprises of a spacious and airy sitting room, as well as a large kitchen, with plenty cupboard and unit space and a modern touch.

The bathroom features a bath tub with an overhead shower and wash basin, but the only downside, is that the bedroom is also the living and dining area. If you were to buy this property, maybe addressing that issue would be a priority.

For those familiar with the city, you must be wondering how a flat on Iona Street, Leith, is amongst the cheapest in Edinburgh. Well, this flat, despite the useful situation, does require a lot of work to have it habitable, despite the £105,000 asking price.

The ground floor flat forms part of a Victorian tenement building and has a good sized double bedroom, a shower room, a spacious living/dining and kitchen area, and shared garden.

However, the flat has been completely stripped back and most of the flooring, tiling and plumbing would need looking over, as well as the flat being filled with furniture.

However, if you're a dab hand in the building industry, you may be able to make light of the work required in this flat and either take it over yourself, or sell on for a hefty profit.

Located not too far from Morningside, this flat would be great for first-time buyers as it doesn't appear to require too much work to have it sparkling.

It contains a spacious living room, a modern-looking kitchen with wooden units and plenty of unit space, a double-bedroom with integrated wardrobe space, and a lovely looking bathroom with similar units to the kitchen and a heated towel rail, as well as a shower cubicle.

There's no doubt that with some furniture and a bit of colour, this flat would be looking brand new and a bargain at just over £100,000. 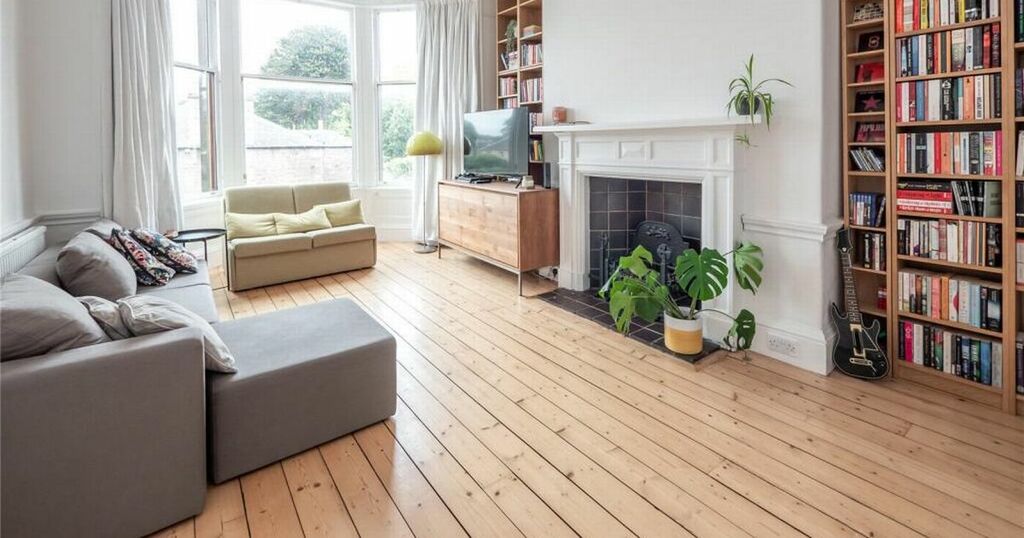 What a £400K Edinburgh home looks like in different neighbourhoods around the city
While property prices are high across Edinburgh at the moment, some neighbourhoods in the capital offer far better value for…

Have you ever wondered how the capital's grand historical buildings look inside? Here's your chance to peek inside four of…

With spacious bedrooms, a modern kitchen and multiple wood burning stoves the property offers a lot to prospective buyers. But…