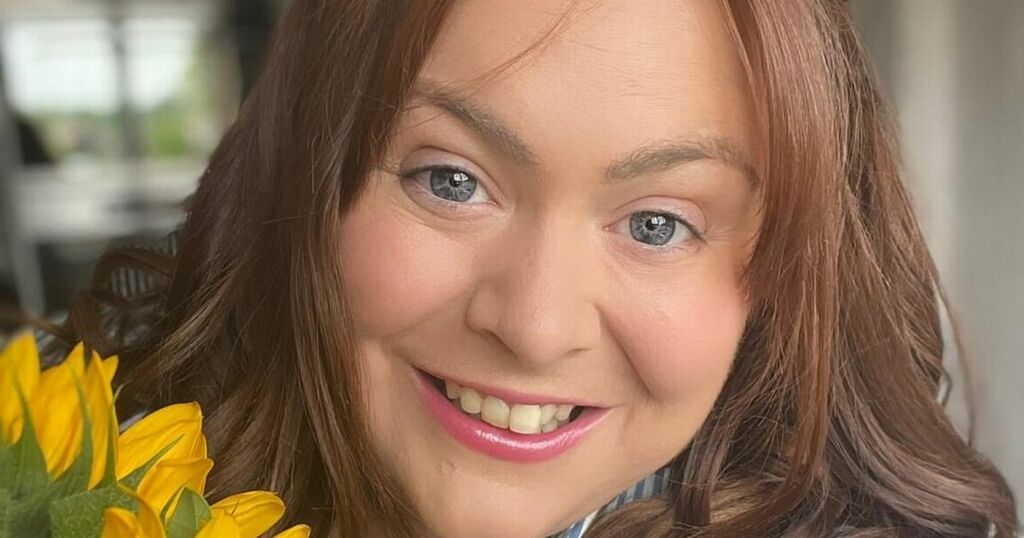 An Edinburgh mum says she feels forgotten about after being diagnosed with a terminal illness.

38-year-old Lisa Fleming from South Edinburgh was diagnosed with secondary breast cancer back in 2017 and has spent the last four years making every second count.

Secondary breast cancer, also known as metastatic, advanced or stage IV breast cancer, is a cancer that has spread beyond the breast to other parts of the body.

READ MORE: Edinburgh woman feels 'free' after giving up alcohol she relied on during lockdown

It occurs when the initial breast cancer cells (primary breast cancer) spread through the bloodstream or lymphatic system to other parts of the body.

Girls Aloud star Sarah Harding announced last August that she was undergoing treatment for breast cancer, and sadly passed away in September 2021.

While many people on social media flocked to offer information on how to check for lumps and symptoms, wife and mum-of-one Lisa says that it doesn't help those who have secondary cancer, like Sarah did.

"For a lot of secondaries, there isn't a primary diagnosis," Lisa explained to Edinburgh Live.

Lisa argues that there is a lack of education around secondary breast cancer which means people don't know the signs and even she struggled to find information on it after being diagnosed.

She said: "It's not rare! There are approximately 35 thousand women in the UK living with it - I think the problem is that there is a real lack of awareness and lack of education around it.

Following her discovery of a lack of information, Lisa decided to start her own charity, 'Make 2nds Count', to support and educate those cruelly affected by the incurable illness.

"I just felt like had just been written off," Lisa admitted as she struggled to find any information online about what was happening to her body.

"And that's really what spurred me to, while I was in hospital, and at that first admission, I thought, okay, I want to try and do something positive because my life felt very negative at that point. Makes 2nds Count was born and I worked away.

"I had a lot of surgeries, because unfortunately, cancer had spread and from breast, to my bones and then my brain. So I've had 13 surgeries over the years. I've had a lot of pain in hospital and I worked on the charity from the ward.

"And initially, I just set out to raise awareness and I thought 'we may do some local awareness', but it just grew so fast, which I think shows the need for it and we now support patients right across the UK who have secondary breast cancer."

Secondary cancer can be treated, but it cannot be cured so Lisa is fighting to change the 'warrior' narrative that is often given to those diagnosed with cancer.

The Edinburgh mum says that those with secondary cancer, aren't warriors - this isn't a battle they can win - but they can make every second count.

Although she grieves 'the old Lisa', she said: "Having a cancer diagnosis has given me a real kick up the a*** because it makes you realise what's actually important. It just refocuses you.

"You don't sweat the small stuff because it's actually not worth it. If I can give something back to this secondary breast cancer community and help other women that are living with this disease.... it's quite an overwhelming situation to be in," Lisa's voice cracked.

Through her charity, musical theatre lover, Lisa recently organised a trip for patients who are living with secondary cancer to Hopetoun House for a respite.

She explained: "They came from all across the UK and it was incredible to get those patients together, to give them four days of respite. We did palliative yoga, we took on an open top bus around Edinburgh.

"And that, to me, is just as vital as funding research. We're helping patients who are living with this disease."

She added: "That's our first one we've done and there's a lot going on. We just want to make sure that secondary breast cancer is getting the reach that it deserves, because too many women are dying."

Lisa acknowledges the difficulties that comes with trying to stay motivated after such life changing diagnosis, of course we're only human, and admitted that she has struggled with her mental health.

"I care so much about the community that we've created through the charity, and I've built so many friendships, and it's really hard, because you put so much energy into that, but sometimes I do forget and then have to take step back and just take some time out for myself."

Within her community and through her charity, Lisa developed friendships, even one with Sarah Harding online, but these friendships have a devastating time limit.

"There's women, that sadly passed away this week, as well, as you know, Sarah Harding, who I've had a really strong connection online, because we chatted virtually for the last two years.

She added: "I've got friends... so when I was diagnosed, there was six of us in Edinburgh, we became all quite friendly, and I'm the only one that's still here, and that's really hard."

Lisa also has support from Maggie's and sees a therapist who helps not only her but her husband.

For anyone else who is going through something similar, she encourages people to seek support, while also noting that everyone will have different experiences and different ways of dealing with cancer.

She said: "You've got to do what's right for you. But I think also reaching out to other people within the community because that's really helped me because to speak to people that get it, is very different.

"Don't go through this alone because there are things and people out there to support you. And I wish that Make 2nds Count had existed when I got my diagnosis."

Speaking about her nine year old son, she adds: "I hope I can make him proud by doing what I'm doing."

Secondary breast cancer can be treated but it cannot be cured. Treatments aim to control and slow down the disease to enable patients to have the best possible quality of life for as long as possible.

If you are experiencing any of the above symptoms that are not normal for you or do not go away, please ensure that you contact your doctor or local breast cancer unit to discuss further.

To support Make 2nds Count, you can visit their website here.