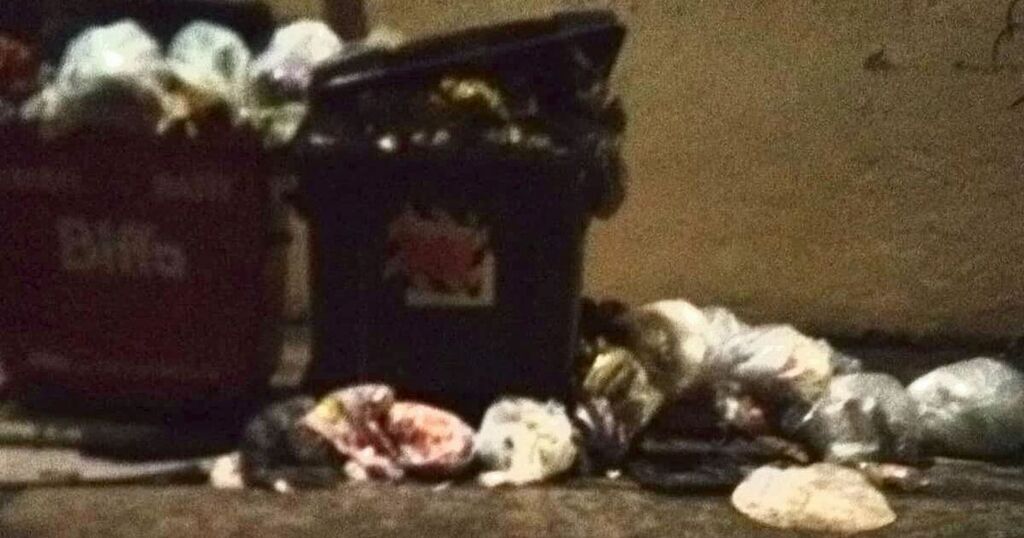 An Edinburgh resident has been left fuming after flytippers dumped over 60 bags worth of rubbish outside his home in Leith.

Mark McDonald wants to bring attention to the sheer volume of waste being dumped outside some communal bins near to his home.

Speaking to Edinburgh Live, Mark said: "It is a total disgrace that the bins are overflowing to such a degree in this street, with what I can count from 60 full bags worth of rubbish lying around the sides as well.

"It's causing a major infestation of rats running around, that can get into people's homes as well! I have complained many times and nothing has been done so far.

"It is a total joke that we are living in conditions like this, and I feel the City of Edinburgh Council have a lot to answer for, as the rest of the city isn't much better."

In the photos sent in by Mark, piles of rubbish on top of and surrounding the sides of the bins can be seen on Laurie Street.

Things such as fridges, side cabinets and even Christmas trees have been left out on the street next to the graffitied bins that pile high with waste bags full of rubbish.

Some rubbish has even been dumped directly next to a parked car, meaning that waste could cover the vehicle if there were any high winds.

Mark added: "We have become the street sweepers and bin persons of the street, it is unacceptable."

When contacted for comment, the City of Edinburgh Council confirmed that they have arranged for the bins to be emptied by the waste management team as soon as possible.

The Council also confirmed that they were aware of this issue, and explained that the reasoning behind this mess was flytippers, which has been noted down as anti-social behaviour.

Earlier last week, Edinburgh Live also reported that an Edinburgh street was left looking extremely cluttered after someone had decided to have a rather large New Years clear out.

Almost the entire interior of a property had been left ditched on the pavement in Oxgangs next to a set of recycling bins in the hope of being recovered.

Ignoring the rules around disposing of large items, the culprits had piled up a number of white goods, ranging from a dishwasher to a cooker and washing machine.

A couch and chairs had also been left behind, along with what appeared to be a children's doll house and four life-size doors.

The dumping ground is the latest of many fly-tipping incidents across the city, with the behaviour increasing throughout Edinburgh during the pandemic.