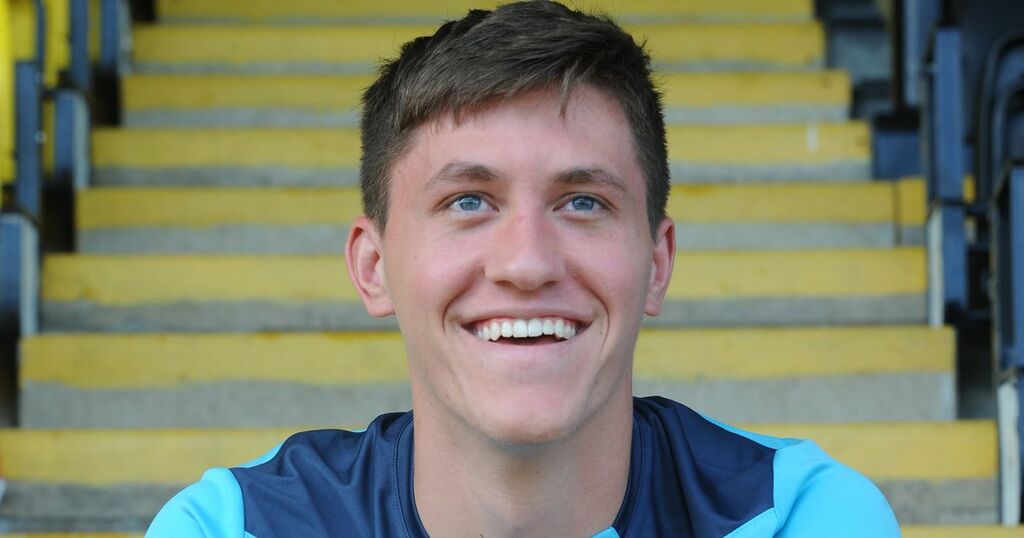 Livingston goalkeeper Brian Schwake is hoping to make up for lost time as he targets success with League Two side Edinburgh City.

The 20-year-old American is on loan with the capital club and has thrived so far in his first taste of the SPFL having seen a loan stint at Linlithgow Rose cut short due to covid last season.

Having started the campaign as back-up, the youngster has made the most of his chance after stepping in for the injured Ryan Goodfellow and has conceded just twice in four starts for the club.

Schwake, who signed for Livi just before the start of the covid pandemic from De Paul University in Chicago, believes he’s at the perfect place to continue his development in the game.

Speaking to the Courier, he said: “I’m delighted to be playing every week. It’s a step up from last season but it’s one I felt that I was ready to take and now it’s just a case of trying to improve and kick on as best as I can.

“It was a strange one last year with the league having to shutdown but being in full-time with Livingston was huge for me.

“It allowed me to focus on other parts like gym work and trying to get my body more developed so not having games helped that side of things but nothing beats playing games.”

He added: “My time at Linlithgow was really enjoyable and completely different to what I was used to back home.

“It helped me become accustomed to the game and get my foot in the door and this season is just about continuing to develop and improve and I feel that Edinburgh City is a great club to be at to take that next step.

“I’m loving the challenge and testing myself in the SPFL. I think we’ve got a very good squad but I don’t want to think too far ahead, it’s just about trying to get three points in the next game which is Stranraer away.

“I couldn’t ask for a better dressing room and club to be involved with at this stage of my career.”

"He had to bide his time a wee bit and got his chance after Goodfellow got injured but he's done very well.

“There’s no doubt in my eyes that Brian will be back at Livingston next summer and, all going well, really challenging for the number one spot. That’s how highly we rate him at the football club.

“I always try to put the player's development first and I think a year playing League Two this season is massive for his development.

"He's got the skillset to jump the rungs. I don't think he has to be playing in League One every week next year, for example. I'm sure he can play in the Championship or even push for that number one spot here because he is a very, very talented goalkeeper.

"All that is missing is game experience. He came over when covid hit and went out on loan last year to Linlithgow and the season got halted so he's had a bit of a tough time. He's lost some time in his development albeit he has been training full-time with us.

"It will be good to hopefully get a full season under his belt and then we can see where he is in the summer but he's definitely got the potential to be Livingston's first-choice keeper in the near future."