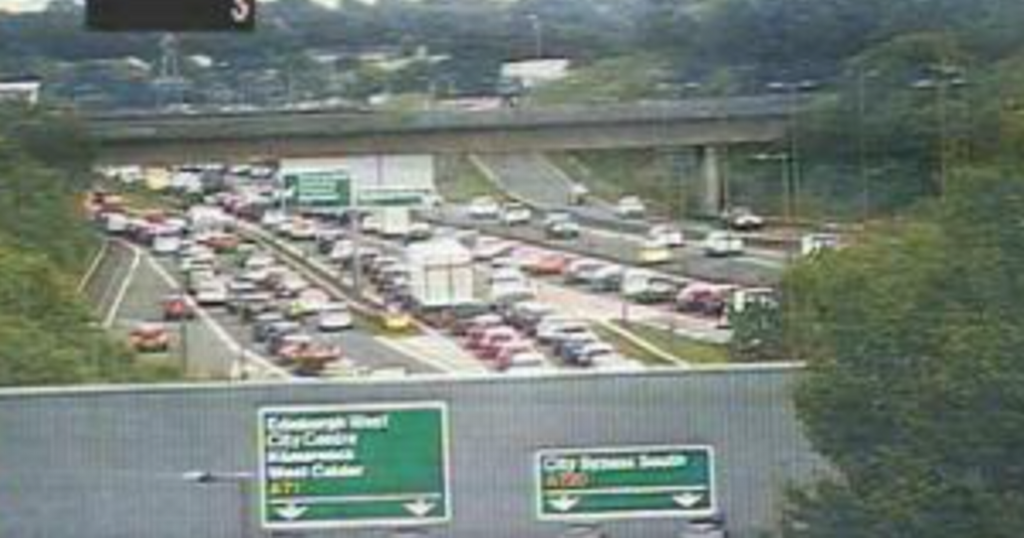 Drivers in Edinburgh have been warned to avoid the city bypass on Saturday (September 11) after a crash occurred on the A720.

Long delays have been seen on the dual carriageway heading eastbound after a two-car collision occurred at around midday.

Images from the scene have shown two vehicles standing stationary on the inside lane just after the Calder junction, with the back car appearing to have suffered damage on the bonnet.

Traffic is moving slow around the incident, with long queues stretching back to the junction at Hermiston Gait as drivers face extended journey times.

The bypass is still open to traffic in the area, however the lane surrounding the accident has been restricted.

It is currently unclear if any injuries have been a result of the collision.

The A720 is also facing congestion surrounding other main junctions such as Baberton and the Sheriffhall roundabout.