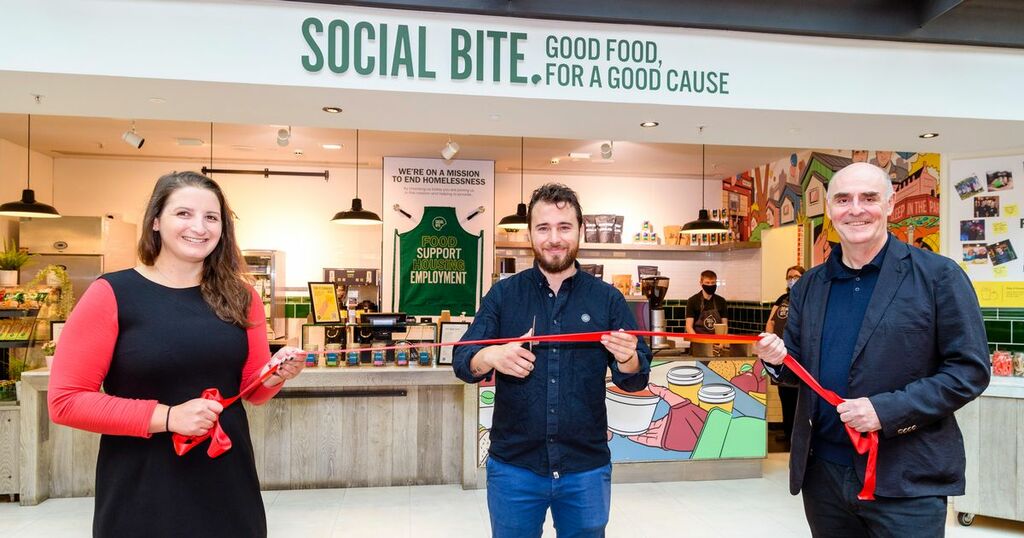 One of the most prominent charities fighting to end homelessness in the UK has launched a new social enterprise café in Edinburgh.

The new site, which officially opens its doors this week, is situated in Gogarburn with the Royal Bank of Scotland's headquarters and will be the first Social Bite café within a commercial space, catering to both employees and visitors.

The launch follows an eighteen-month partnership between Royal Bank of Scotland, Social Bite and BaxterStorey, the bank’s catering provider.

The joint venture, which was created from a drive to repurpose the bank’s unused office space during lockdown to support the local community, saw the creation of a foodbank distribution centre at Gogarburn – successfully distributing over 6,000 meals daily to vulnerable families and individuals from across Scotland since its launch in March 2020.

The café will also become the flagship site for Social Bite’s new Jobs First programme, an initiative that aims to support those who have been previously excluded from employment due to homelessness by providing staff with tailored support that will hopefully lead to a permanent role within the café team.

Social Bite originally started life as a sandwich shop in Edinburgh’s city centre and has since become one of the largest distributors of free food to homeless people in the UK, having donated more than 800,000 food packs during the pandemic alone.

Josh Littlejohn, Founder of Social Bite, said: “Launching a new café is always a huge milestone for everyone at Social Bite, but to be opening a site within Royal Bank’s headquarters after such a successful charity partnership between BaxterStorey and the bank feels even more significant.

“The cafe will provide those experiencing homelessness with access to secure employment through training initiatives and we can’t wait to welcome back Royal Bank colleagues as they slowly return to the office.”