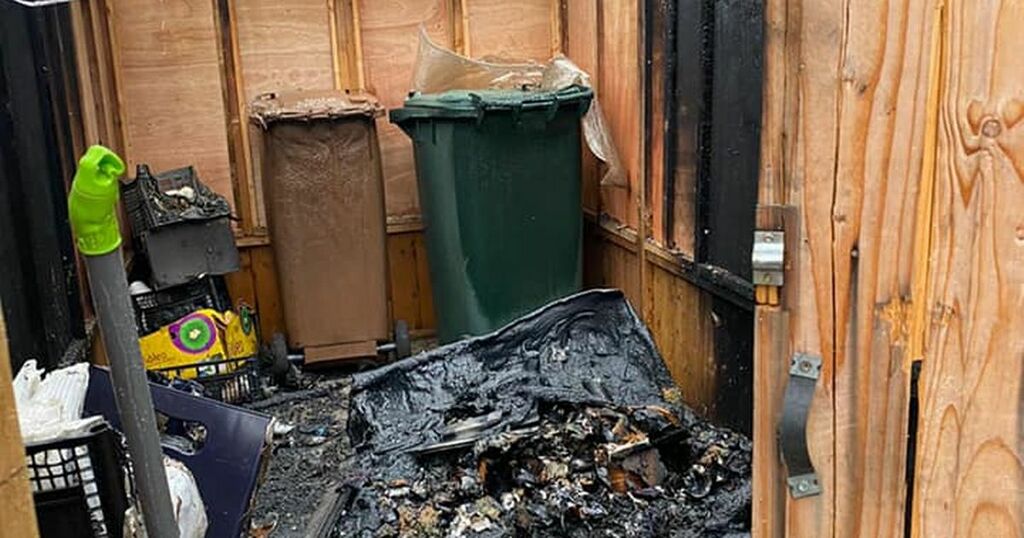 An Edinburgh charity has been left devastated after vile firebugs torched their community shed causing thousands of pounds worth of damage.

Earth in Common are counting the cost following a disgraceful late night attack on Saturday evening.

Volunteers arrived at the Leith Links community croft on Sunday morning to find the building charred, the roof caved in and waste bins partially melted by callous thugs.

The organisation - which promotes sustainability and community gardens - persevered with their weekly Sunday market, but say the damage could cost up to £2,000 to rectify

The charity’s workers were spotted clearing up the debris caused by the blaze on Sunday morning.

Images posted on social media show the scorched remains of the wooden outbuilding and a box containing recyclable materials inside.

Founder Evie Murray said it was not the first time they had been the target of vandals, admitting she was disheartened by their mindless actions.

“Once again we’ve fallen victim to horrible vandalism,” she said.

“Fortunately no one was hurt, however as a small charity with the community at the heart of what we do this is devastating.

“The cost to our infrastructure, recycling facilities is over £2,000 and the valuable time and effort put in by our staff and volunteers is unmeasurable.”