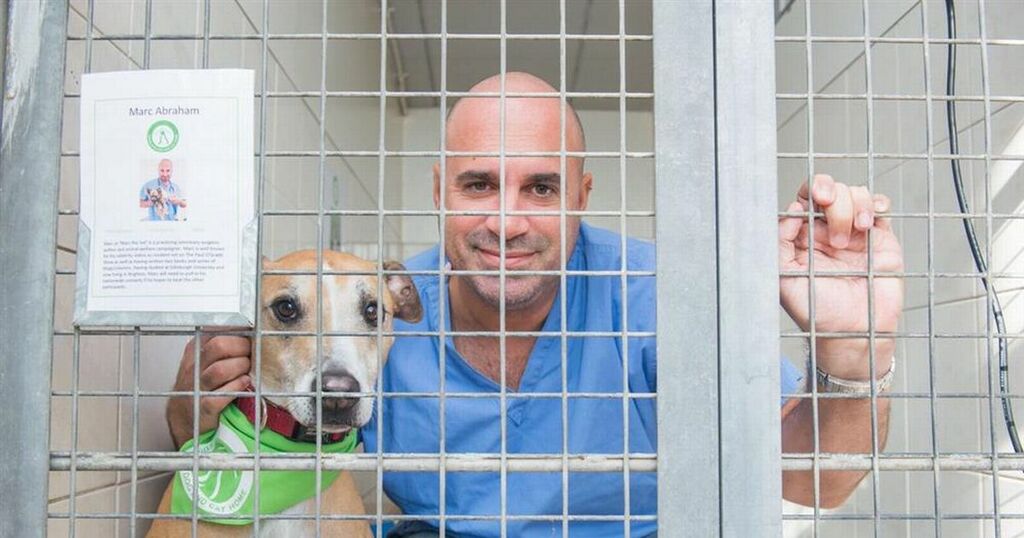 Celebrity vet and animal welfare campaigner Marc Abraham needs help being released from a kennels as he participates in a charity lock-in at Edinburgh Dogs and Cats Home.

The fundraising event is part of the campaign ‘In the Dog House 2021’ which encourages business leaders, influencers and other notable figures to experience what it's really like for some of the animals locked in shelters to help raise as much money as they can.

Alongside other industry leaders that have been locked in the rescue since this morning, and armed with only a laptop and mobile phone, he is competing for the crown of Top Dog and Best in Show to ultimately raise enough money to be released.

Earlier, Marc posted a picture of himself to Twitter with the caption: “Meet Marc, a large, vaccinated and house trained male.

“Enjoys watching seagulls, swimming in the sea, and must be fed a plant-based diet.

“To provide Marc with treats, toilet breaks and release him from his kennel, please donate here.”

With every fundraising milestone the participant reaches, they are rewarded with items to make their kennel more comfortable such as chairs and time to stretch their legs.

Marc has a long history of campaigning for animal rights; one of his most notable contributions being leading a campaign that helped to pass Lucy’s Law into legislation.

He is also a common fixture on television talk shows, and has authored two books on animal rights issues.

He graduated from Edinburgh University with a degree in Vet Medicine and Surgery in 1995, and is currently one of Edinburgh Dogs and Cats Home’s champions.

Marc’s JustGiving page, which you can donate to here , had just tipped over its £1,000 target by Friday afternoon and has been inundated by messages of support from fans and well-wishers alike who joke that they’ll keep him there as long as he keeps raising money for a worthy cause.

One donor said: “To a man who is genuinely not just metaphorically in the dog house and for a great awareness raising cause. Best of luck Marc.”

Another said: “Well done Marc...we’ll keep you there as long as possible. Don’t get stir crazy...and well done for your amazing awareness raising.”

With all the participants combined, they have raised over £2,000 so far, with plenty of time left in the day for donations to be made.