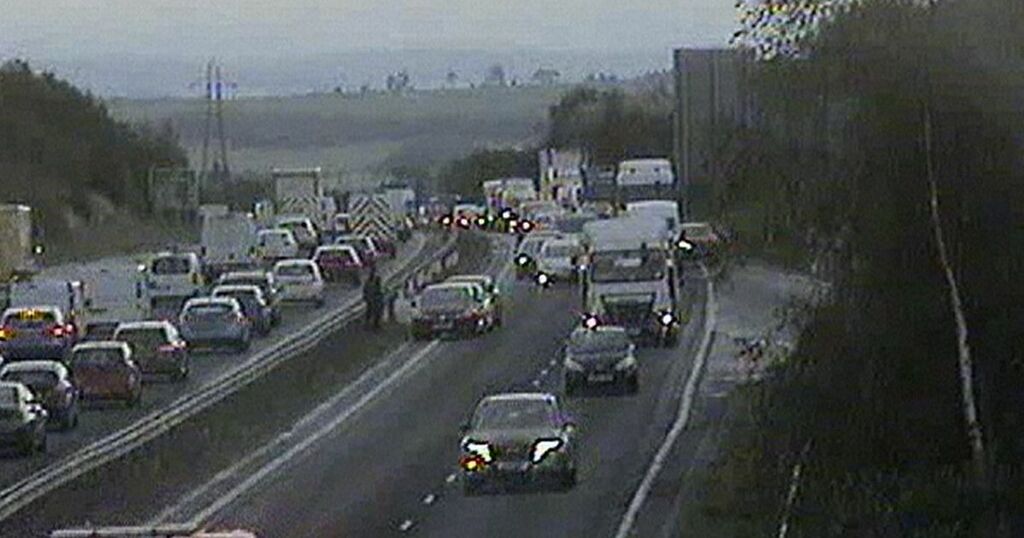 Edinburgh drivers have been warned to avoid the city bypass if possible after a crash occurred on Thursday morning (October 7).

The incident is seen to be causing early morning chaos for commuters on the A720 after a collision between three vehicles.

Thought to have taken place not long before 9am, the busy dual carriageway was already facing heavy congestion before the crash caused a further blockage.

Due to the crash, the inside lane of the bypass heading eastbound has been blocked at Straiton, with drivers slowly having to filter through in the other lane.

Traffic camera footage from the scene appears to show the three vehicles stationary on the inside lane, with two individuals standing next to the inside barrier.

Shortly before 9am, Traffic Scotland warned motorists using the bypass that "traffic is heavy on approach", with congestion also seen at junctions such as Hermiston Gait and Sheriffhall.

Police have now confirmed no serious injuries were a result of the accident, with two vehicles able to drive off from the scene and one requiring a recovery vehicle.

A Police Scotland spokesperson said: “Officers were called following a three-vehicle crash on the A720 westbound, near the Straiton junction, at around 8.50am on Thursday, 7 October.

“Recovery has been arranged for one vehicle.”