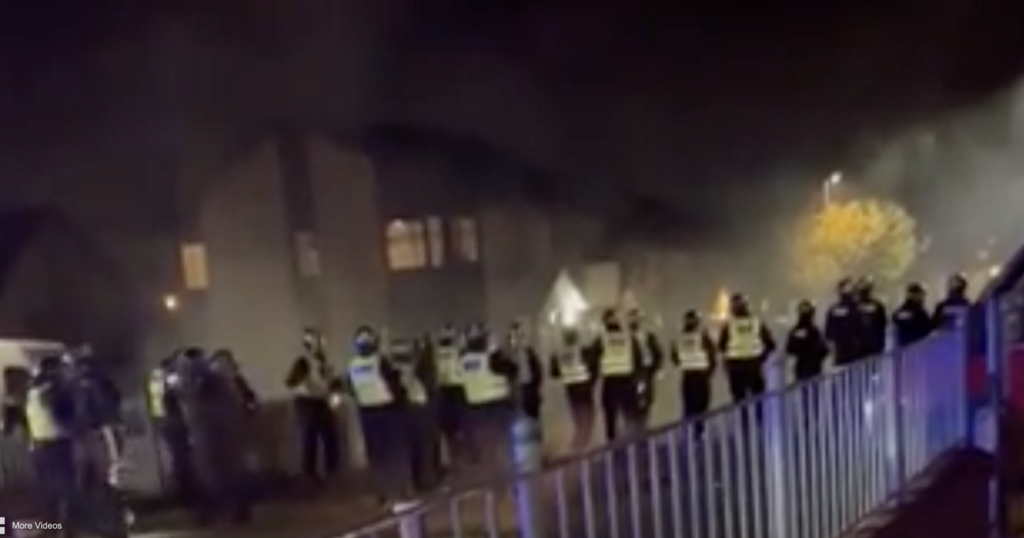 Cops have launched a probe into a massive Bonfire night rampage in Edinburgh.

We told how carnage broke out on November 5 with dozens of reckless yobs throwing fireworks at passersby, vehicles and riot cops who were called in to assist.

One man was allegedly seriously injured by a firework during the mayhem.

Dramatic footage showed lines of cops descend on the area amid the mayhem where it is estimated around 50 had gathered.

Student nurse Amy Dodds watched the chaos in Niddrie unfold in horror after finishing her shift around 7pm at the city's A&E department in the Royal Infirmary.

The 24-year-old tried to help an elderly couple who were already on their way to hospital when they got caught up in the incident.

Amy told the Record: "I had just finished a shift at the hospital and I couldn't get anywhere as it was all blocked off by police.

"A taxi pulled over and I went to see what had happened. His two elderly passengers were already on the way to A&E as the husband was sick when the window smashed and the woman got glass all over her face.

"I was going to help her, her husband was very ill. Another woman stopped in her car and she took them to hospital.

Police today said they had taken many calls on the incident.

In a statement, Police Scotland said: "Officers in Edinburgh are continuing their enquiries into disorder which took place in the Niddrie area on Bonfire Night.

"A number of calls were received regarding antisocial behaviour and vandalism in and around Niddrie Mains Road, between 7pm and 11pm on Friday, 5 November."

Constable Kristofer Marr said: “Antisocial behaviour and disorder like this has no place in our communities and we are working to identify those responsible.

“We’re asking for anyone who was in the area around the time in question and has potential footage, including dashcam footage, to please come forward.