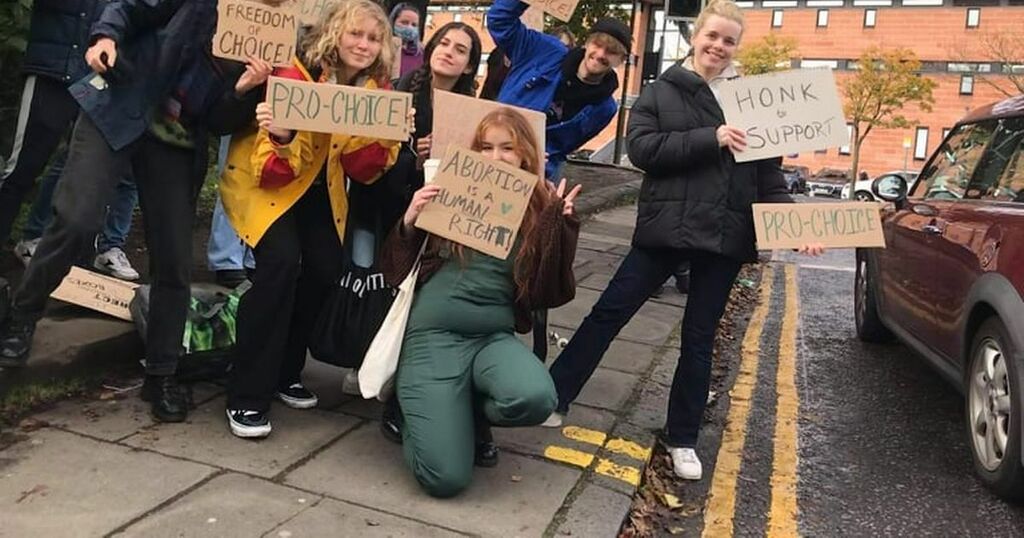 Tommy Sheppard MP for Edinburgh East spotted the protest outside Chalmers Sexual Health Centre after attending an appointment nearby.

He spotted a group of pro-choice protesters gathered to challenge anti-abortion protestors outside an Edinburgh sexual health centre.

The anti-abortion protesters have pledged to stand outside the centre for 40 days to discourage people from getting abortions.

Protesters are urged to stay away from people accessing the services who are already vulnerable.

“I didn’t know the protest was happening, I was just attending a medical appointment nearby.

“I saw these sad looking characters with their try praying signs then I saw another group of girls across the road and headed over.

“They explained they were a group of friends and had spontaneously organised a community counter protest.

“Seeing a community counter protest shows social conscience is live and well in the area.

“When I found out it was to counter the anti-abortion protesters I was more than happy to show my support.

“It’s despicable to protest outside these facilities that help vulnerable women. They should keep away.”

Speaking to Edinburgh Live Amelia See who organised the counter protest said: “Pro-lifers have been doing 40 days of protest and prayer for "life".

“ I go to Uni at the college of art and see them outside at the time.

“It upsets me so much that they are preying on women when they are going through a hard time anyway.

“There's a campaign called Back off Scotland to create buffer zones around clinics so this doesn't happen!

“On Monday night we made lots of pro choice posters, messaged our friends and posted on Meadows Share letting people know what we were doing.

“On Tuesday after my morning lecture at 1pm my flatmate Zohra and I went to Chalmers armed with 32 posters.

“As we went round the corner we saw just 2 of them outside. We stood there peacefully with our posters, got fist bumped and cheered at by bystanders.

“One of the pro lifers came over and started taking pictures of us so naturally we smiled, posed and did a peace sign.

“She carried on taking pictures and got closer and closer. I said that's enough.

“She started telling us about how we were wrong to agree with baby killing.

“Around 30 to 40 people showed up over the three hours we were there.

“Tommy Sheppard the MP came and held up a pro choice poster for some time.

“We had a poster saying Honk for Pro choice as Chalmers is on a busy road and we got lots of honks.”