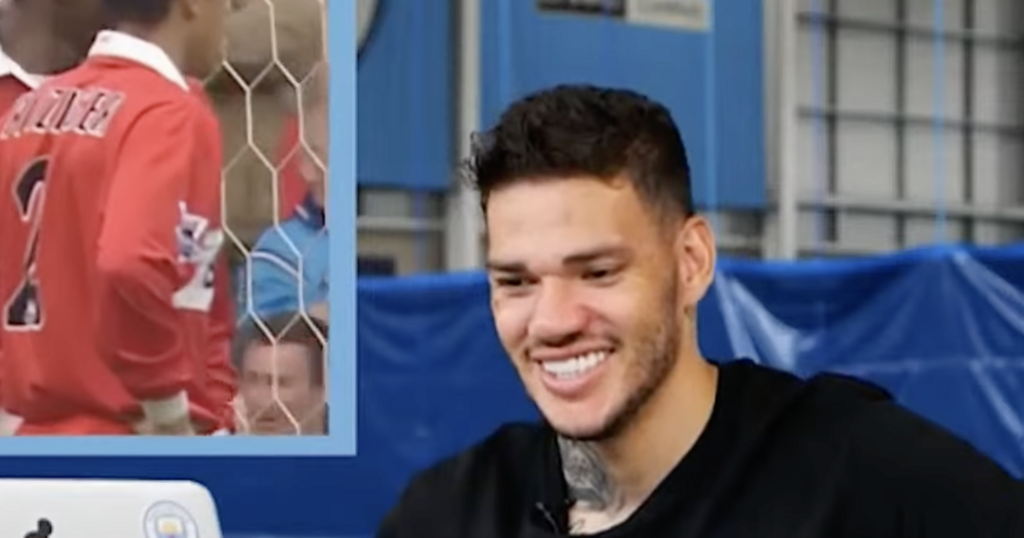 Manchester City goalkeeper Ederson has admitted that he would like to play in Kevin De Bruyne's advanced midfield role if he was to be asked to play out of his comfort zone and as an outfield player.

The Brazilian shot-stopper, who was cleared to play in Saturday afternoon's meeting with Leicester City at the King Power Stadium, made the admission whilst being shown memorable footage of the time when former City goalkeeper David James once played up front for the club.

The former England goalkeeper, dramatically, was asked to play up front by former City boss Stuart Pearce for the final few minutes of the club's final day Premier League clash with Middlesbrough in 2005, with City looking to try and force their way into the UEFA Cup.

With just two minutes left on the clock, Pearce took off midfielder Claudio Reyna and replaced him with second-choice goalkeeper Nicky Weaver, meaning James, amazingly, went up front to try and "unsettle" the Middlesbrough backline.

It was a dramatic scene of events that is unlikely to be ever seen again, but Ederson, in a feature for City's YouTube channel, has admitted that he wouldn't want to follow in James' footsteps and play up front.

"I think so too," joked Ederson. "But if I were to go outfield like this, I would not ask to be a striker.

"I would prefer to play in the midfield. In Kevin's place.

"If I were to choose, if someone asked me to play, I would say: 'Take off De Bruyne and play me! It would not change anything."