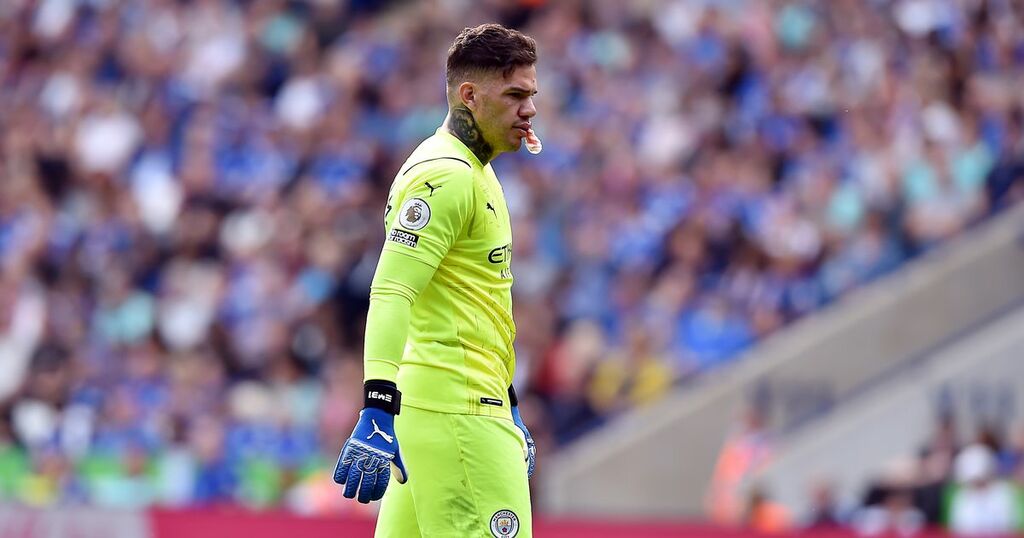 Pep Guardiola's side defeated the Foxes 1-0 at the King Power Stadium, extending the winning streak in the Premier League to three matches following the opening weekend's defeat to Tottenham.

The win leaves City third in the table, one of three sides on nine points, and a single point behind Chelsea and Manchester United in what is shaping up to be an exciting race for the title.

In the end, the tie may have been decided by the Brazilian following a week with plenty of uncertainty amid Brazil's quest to stop the stopper playing - with City only receiving FIFA confirmation that they could feature on the morning of the game.

While it was Bernardo Silva's goal that handed City the three points, Ederson 's late save to deny Ademola Lookman an equaliser was just as crucial.

The stopper charged off his line to block Lookman when he was through on goal, a courageous charge from a player who suffered a cut to his lip earlier in the game after a collision with Harvey Barnes.

That earned praise from Rodgers, who hailed the performance of the Brazilian and dubbed him as 'world-class' in his position.

"That is why he is top class. He had been very brave earlier in the game with Harvey Barnes and then the speed off the line, when Ademola looked up, Ederson was there," he said after the match.

"He is a world-class keeper but I am proud of how my team kept fighting and how competitive they were. I was just disappointed we couldn't take the opportunities we head."