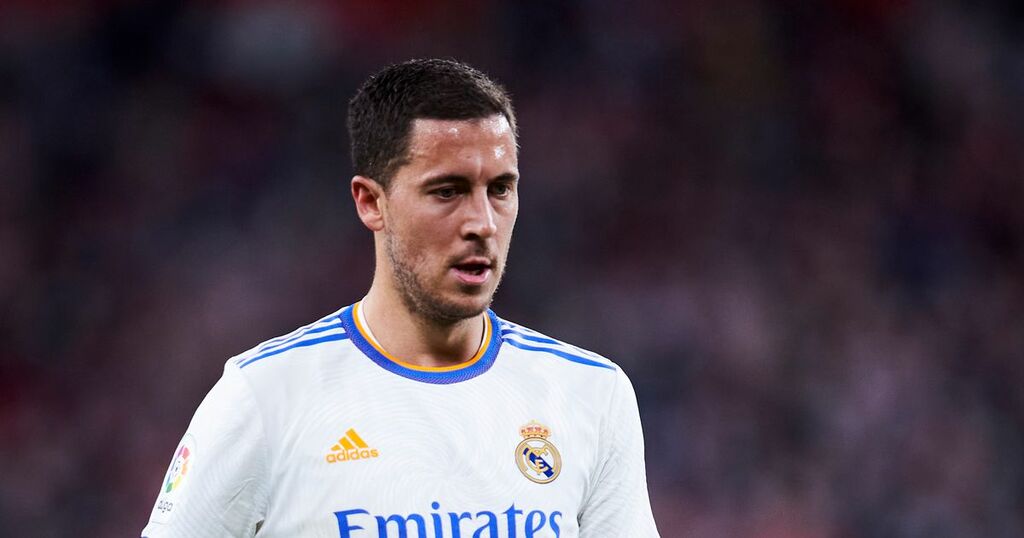 Eden Hazard's 31st birthday falls within the opening week of the January transfer window and there is an argument to be had that the best present of all would be a new club to play for.

The Belgian once lit up the Premier League with dazzling displays while donning the blue of Chelsea as he established himself as one of the most enthralling attackers in Europe.

It was exactly that kind of form in his younger days that sparked Chelsea to pry him away from Ligue 1 Lille back in 2013 and the same form that led Real Madrid to do the very same to the Blues in 2019.

However, Hazard's form has been more dismal than dazzling at the Santiago Bernabeu and has fallen drastically short of justifying his £103.5m price tag.

HAVE YOUR SAY! Why has it gone so wrong for Hazard in Spain? Comment below

It is not entirely Hazard's fault, the talented wide-man has seen the last two years of his career absolutely decimated by injuries that have rendered him somewhat redundant to all three Los Blancos bosses he has had to answer to.

Prior to his arrival in the Spanish capital, Hazard was still operating at his best having almost single-handedly inspired Chelsea to Europa League glory in his final game for the club.

The Blues toppled London rivals Arsenal in Baku with Hazard notching a brace to secure a second Europa League crown during his six years at the club.

It was a fitting send-off for one of Chelsea's finest servants of their modern era, with the majority of the Blues faithful wishing Hazard well ahead of the switch to Spain.

Unfortunately, it has played out as poorly as Hazard could have possibly imagined.

The Belgium international was already receiving criticism from some quarters before he'd even pulled on the iconic white and gold shirt after reportedly arriving back for his first pre-season as a Real Madrid player well below the required standard of fitness.

Injuries curtailed his first season at the Bernabeu, with Hazard making just eight league appearances for Real before the turn of the calendar year during his first season despite having been announced as a Madrid player in June 2019.

Things did not exactly go to plan during his second season in Spain either.

The two-time Premier League winner made even less appearances for the club throughout the 2020/21 term, starting just seven while being ruled out of 23 league fixtures alone through injury.

Come the summer of 2021, Hazard had now had two full seasons as a Real Madrid player under his belt and just five goals to show for it across all competitions.

That brings us up to this term, Hazard's third season at the Bernabeu and in the eyes of many his last chance to salvage his tag as a true "Galactico" signing.

As we approach the halfway point, Hazard's goal return is as feeble as it has ever been.

The Belgian has zero goals and two assists in 16 appearances in all competitions and this time he has barely had any kind of injury concerns to excuse the woeful form.

Patience has seemingly worn thin among some sections of the Bernabeu hierarchy as reports emerge of Real Madrid looking to cut their losses and offload their struggling star in the coming window with doubts over whether he'll ever come good.

Both of Hazard's former sides in Lille and Chelsea have been linked with a move for the forward though it could prove difficult given his rumoured reluctance to move anywhere.

Hazard is likely to snub any interest that is sent his way even if it comes from a club as close to his heart as Chelsea.

This is due to the 31-year-old expecting his fifth child with wife Natacha Van Honacker and their desire to remain in Madrid for the good of their family.

Last Sunday saw Hazard complete 90 minutes for the first time this term and manager Carlo Ancelotti seemed to suggest the Belgian would be part of his plans for the remainder of the season.

"It took Hazard a bit of time to get in the game. He did better in the second half," Ancelotti explained.

"He is not so used to playing out on the right wing but inside he combined well with Karim [Benzema].

"He can be another weapon in the second half of the season."

Ancelotti has set the target and now Hazard must deliver - the second half of the season presents the Belgian's last chance to revive what is undeniably a faltering career.