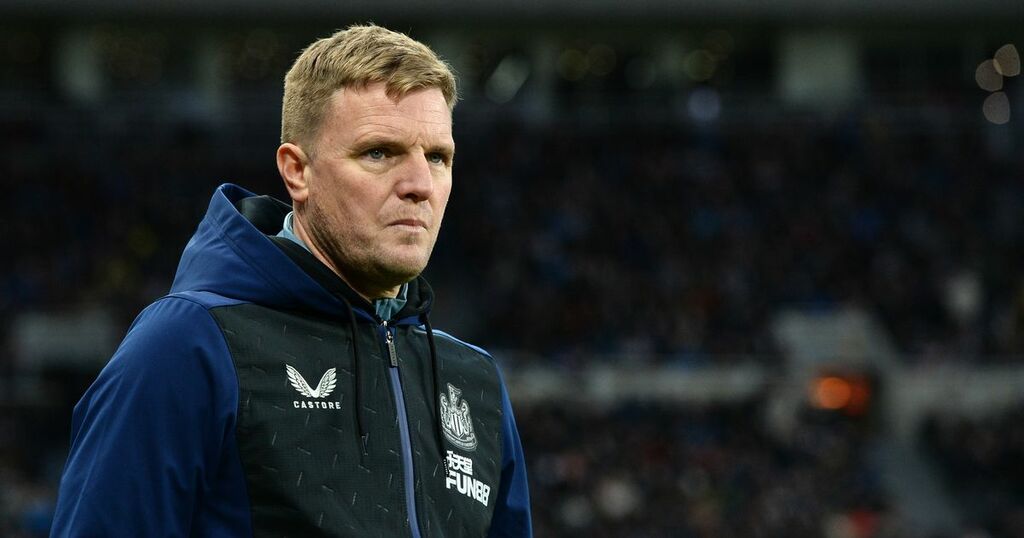 Newcastle 's new owners have shown they are desperate for Premier League survival - by targeting five more signings before the transfer window shuts.

Eddie Howe suffered FA Cup humiliation at St James' Park on Saturday as his insipid side crashed out to League One Cambridge.

The result only highlighted the need for January additions as Howe's men battle to avoid relegation.

Howe has won just one in nine games since taking charge from Steve Bruce and the Magpies sit 19th in England's top flight.

Kieran Trippier became the first signing made by the club since the Saudi Arabia Public Investment Fund's takeover, joining in a £12million deal from Atletico Madrid.

HAVE YOUR SAY! How many signings do Newcastle need to avoid relegation? Comment below

And the Toon's mega-rich owners are eager to flex their financial muscles further in the January window to give the club a fighting chance of staying up.

According to The Athletic, five more signings are being eyed before the deadline.

It is claimed Howe would like to add a striker, a left-back, two central defenders and another forward to his below-par squad.

Top scorer Callum Wilson is out for up to two months with a calf injury, dealing a huge blow to the club's survival hopes.

A striker signing is therefore a priority on Tyneside with Howe's men desperately short on goals. TeamTalk claims the Magpies are looking at Queens Park Rangers hotshot Lyndon Dykes.

The Athletic's report claims the club understand the importance of signing a new marksman, as well as a centre-back before a potentially season-defining fixture at home to relegation rivals Watford on Saturday.

Newcastle have mustered less than a goal a game in the league this season and Burnley striker Chris Wood has been identified as one of a number of targets to help fix that problem.

And Howe confirmed that the Saudi chiefs visited the players in the changing room after the humbling.

Yasir Al-Rumayyan, governor of the Public Investment Fund, was joined by Amanda Staveley and Mehrdad Ghodoussi to address the players at full-time.

“They did pop in to see the players. I personally wasn't in there for that, then they saw me with my coaching team after," he said.

"I believe they were very supportive to the players, highlighting the fact we're very much in this fight to stay in the league together, and they're very much behind everybody. I can't thank them enough for that support.

"I think it was really beneficial for the players to be able to see that and hear that because this journey we're going on currently and this fight we're in to stay in this division is a united effort from everybody at the club.

"The supporters are playing their part, no doubt, they've been magnificent, and the owners wanted to show their support for the players, which is really welcome for me."