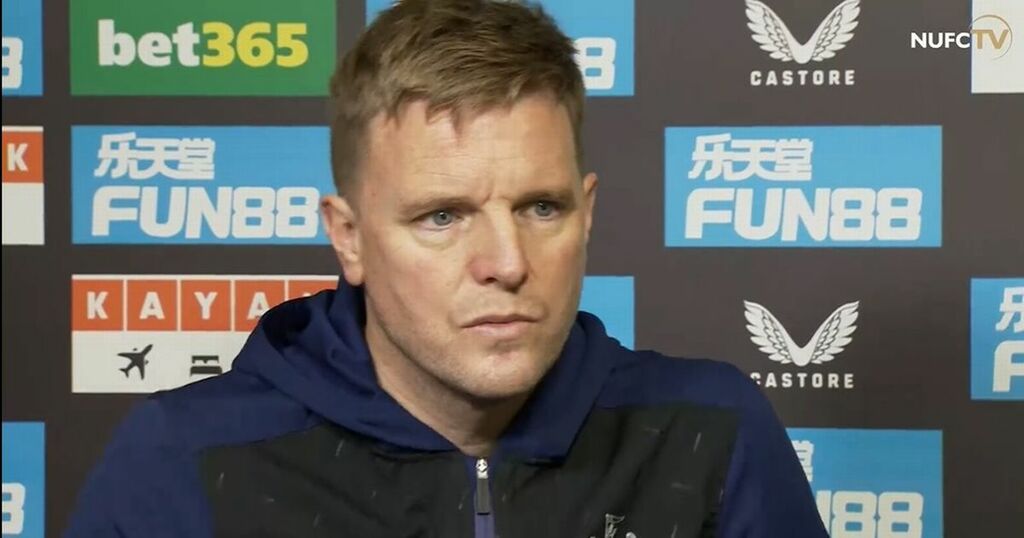 Eddie Howe has stressed he wants players who are 'absolutely committed' to saving Newcastle United's season and building 'something special' at the club as the Magpies look to avoid signing mercenaries.

Newcastle's wealthy owners are planning to make several further additions this month after Kieran Trippier became the first signing of the new era following his move from Atletico Madrid.

No side in a relegation battle has ever had access to these sorts of riches in the mid-season window, but Newcastle's newfound wealth brings with it its own potential pitfalls.

Some players are only willing to join Newcastle if a relegation release clause is inserted into their contract and Howe is wary of targets who already have that thought at the forefront of their mind.

"We've got half a season left. I want players that want to come and are absolutely committed to turning the situation around," he told reporters on Zoom.

"I think offering relegation clauses is a sure fire way to potentially bring players in who don't have the correct motivation.

"We'll take each situation on an individual basis. I would never state clearly one way or the other that we are or we're not because I don't think that's right.

"Each individual situation is very different, but I want players who are absolutely committed, who have no way out, who say, 'I've got to make this work'. I think that's the only way we're going to get success anyway."

Howe previously worked with Trippier at Burnley so already knew what sort of character the England international was before he was sounded out.

However, that won't always be the case so, in an effort to find out more about targets, Howe has turned to contacts to learn more about their living situation, their interests outside the game and their internal motivations.

Howe ultimately wants characters who are 'prepared to roll their sleeves up and fight in this situation and to give everything in every moment for the football club'.

"I think you very quickly get a feeling for someone's motives and for their motivation because I think that's very important for me," he said.

"Those things are so important. If you see a player coming for purely financial gain, it won't work - the player won't be a success.

"That's an important part of what we're trying to do, but you also need very good players so it's a very delicate combination for me to figure out."

Howe already had thoughts on potential targets before he took charge of Newcastle last November, but the head coach's main focus was on getting more out of the players at his disposal ahead of the window opening.

Given the amount of time Howe has spent on the training pitches, the club's owners and recruitment team were also heavily involved with preparations for January.

Head of recruitment Steve Nickson has overseen scouting operations; Amanda Staveley, Jamie Reuben and Mehrdad Ghodoussi have all been speaking to agents; and temporary recruitment consultant Nick Hammond has offered some additional football expertise with his experience on the negotiation side.

When asked if he had the final say on signings, Howe hinted at how it was not quite as straightforward as that as several different departments work together on deals.

"We're looking at a more collaborative effort," he added. "We're working together and I've been really pleased with how our relationships have formed and how those opinions are being formulated.

"Ultimately, as the manager, I'm fully aware that I have to take responsibility for everything that happens. I'm prepared to do that.

"That's how I've always worked so I will take full accountability for all players coming in, but we are working as a team.

"I'm one person. There's no way that I can watch every player that is ever put to me but, certainly, when it gets to signing a player, I've got to know everything about them.

"I've got to know their strengths, their weaknesses. I've got to go into real detail. That takes a lot of time. If I'm looking slightly tired guys, that's why. This month is a big shift."