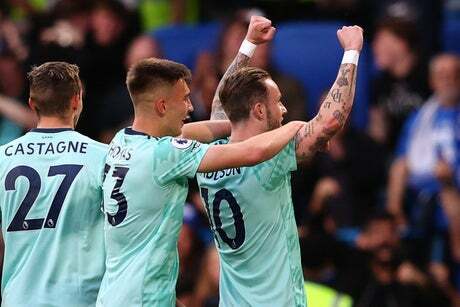 Newcastle United boss Eddie Howe has been nominated for Premier League Manager of the Year along with Pep Guardiola, Jurgen Klopp, Thomas Frank and Patrick Vieira.

Newcastle were 19th when Howe took the reins back in November after losing six and drawing five of their 11 opening fixtures. The Magpies didn't gain their first victory until December 15th and this week became the first club to avoid Premier League relegation after failing to win any of their opening 14 games.

Howe's side went on a nine-game unbeaten run in the league between December 27th and March 13th to help them climb the table. As the season draws to a close, Newcastle could remarkably finish in the top 10 despite spending the vast majority of the campaign in the bottom three.

Manchester City and Liverpool fans will fancy their respective managers to scoop the prize depending on which of the two clubs lifts the Premier League trophy later this month. But many Newcastle supporters believe Howe's achievement ranks as the best in the top flight this term.

January signing Dan Burn also believes his manager should be in with a shout. "I agree with those who say he is a real contender when you see what he has done," he said last month.

"When you come in and turn it around the way he has, just the mentality, the way we train, the sense of real togetherness he has brought, it has brought the fans and the players closer together. We are all pulling in the same direction."

Howe has never won the award but did scoop the LMA Manager of the Year prize back in 2015 after guiding Bournemouth to promotion from the Championship. A handpicked panel selects the nominees and the eventual winner of the Premier League prize, with the results expected in June.

Eddie HoweEPLNewcastle (Organization)Newcastle United
Sign up to read this article