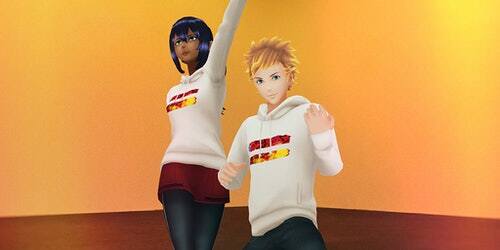 Ed Sheeran is set to be the first domino that falls in the establishment of Pokemon GO’s metaverse. The English pop artist will be performing virtually through a new event from the massively popular mobile game next week. The virtual performance will be available to users through the in-game News section of the app starting at 11:00 a.m. PST on Monday, November 22. You will be able to access Sheeran’s concert until Tuesday, November 30 at 1:00 p.m. PST.

Fans of his older music might be a little disappointed, as the bulk of the performance will feature songs from =, Sheeran’s latest record. Niantic published a blog post yesterday that provides a look at what will definitely be on the setlist:

While there is nothing in the post that indicates how the concert will actually function, we did get some information about who might be in attendance. As an ode to Sheeran’s own Pokémon preference, users should “look forward to an event featuring all of the Water-type first-partner Pokémon currently available in Pokémon GO!” Players can expect to encounter these water-type starters more frequently in the wild. The iconic Squirtle wearing sunglasses will also be brought back to the game, which was initially introduced in 2018 during a Pokémon GO community day.

Just recently, the parent company behind Pokémon GO announced the launch of a dev platform meant to facilitate the creation of real-world metaverse apps. Earlier this year it also announced a move to get into the hardware space by creating AR glasses. Now, this collaboration with Ed Sheeran suggests an attempt to create a metaverse within its most popular game.

While in-game concerts are nothing new — Epic Games has been doing this with Fortnite since 2019 — they distinguish the direction that a given franchise may be going. Fortnite, for example, uses these high-profile concerts to stay relevant in the cultural discourse. Accordingly, people don’t think of the battle royale mainstay as just a game but rather a potential social space as well.

It’s worth pointing out, though, that Pokémon GO differs by its clear focus on getting users to interact with the real world while they play. Fortnite, on the other hand, is contained to the room that it’s played in.

The Ed Sheeran event is likely the first of many that will emphasize GO’s potential as a place not just to play around for a bit but to actually choose to hang out in. At the very least, there’s no way it will be worse than his NFL collaboration.