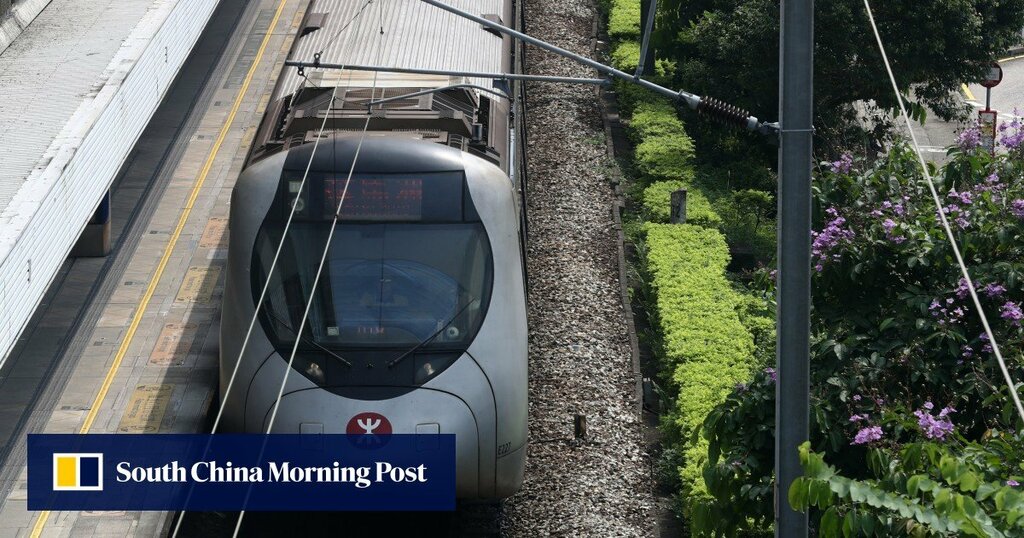 The Hong Kong government’s plan to build new railway links with mainland China is aimed at boosting the economy in the north of the city and furthering integration with Shenzhen, but analysts have questioned whether it will place too much of a strain on the existing network.

In her policy address on Wednesday, Chief Executive Carrie Lam Cheng Yuet-ngor outlined five railway projects to complement the development of a proposed Northern Metropolis – an economic, infrastructure and IT hub beyond the administrative boundary of Hong Kong and Shenzhen.

Under the plan, a rail link will be built connecting Hung Shui Kiu in Yuen Long to Qianhai in Shenzhen to cater for the newly announced eightfold expansion of Qianhai.

Lawmaker Ben Chan Han-pan raised concerns that the MTR Corporation would be overloaded with seven ongoing and proposed projects outlined in Lam’s speech.

During a question-and-answer session on Thursday, Lam said the railway from Hung Shui Kiu to Qianhai could be put up for public bidding, rather than simply giving the project to the city’s sole rail operator.

“To ensure that these transport infrastructures are completed on time and within a reasonable budget, we would consider introducing competition to the contractor where it sees fit,” Lam said.

The chief executive said the construction of the Hung Shui Kiu to Qianhai rail link would be open to competition, but it would make sense if the MTR Corp were tasked with extending the existing rail networks to the mainland.

It will also be extended eastward from Kwu Tung to connect with the areas of Lo Wu, Man Kam To and Heung Yuen Wai, and further southwards to Fanling, via Ta Kwu Ling and Queen’s Hill.

A new station will be built between Lo Wu station and Sheung Shui station on the East Rail line to provide local rail services to boost the development in the Lo Wu and Sheung Shui districts.

The government will also explore extending the East Rail line to Luohu, in Shenzhen, and the provision of a joint checkpoint there, and the feasibility of constructing an automated people mover system from Tsim Bei Tsui to Pak Nai to promote the development of the area and Lau Fau Shan, where “sizeable landmark” IT facilities will be built.

“The consolidation of the Northern Metropolis and its expansion in terms of development capacity will also be driven by a transportation system with railways as its backbone,” Lam said.

However, Lam did not provide details such as the timetable or estimated costs for the projects, with a government source saying they were still in the early stages of a study.

The source said except for the rail link to Qianhai, and the proposed automated people mover system, the MTR Corporation was likely to take up the remaining projects.

“The measures will greatly stimulate the economy of the northern New Territories districts,” he said. “They will provide convenient cross-border transport linking the city’s ports to the mainland with a joint check point arrangement. They will facilitate a greater flow of people and activities between the two places.”

Lawmaker Michael Tien Puk-sun, a former chairman of the Kowloon-Canton Railway Corporation, said the proposal of extending the East Rail line to Shenzhen with a new station after Lo Wu would cause an influx of passengers to use the rail line from the border.

“The rail line will be heavily congested with a lot of people in Tai Po failing to get on the train,” he warned, and instead suggested building a light rail linking Tai Wai to Tsuen Wan.

Jason Chan Wai-chung, head of research at uSMART Securities, also agreed that the measures might put tremendous pressure on the East Rail line.

“It remains a question whether the East Rail line can cope with the overwhelming flow of people,” he said.

Chan also warned the ultimate cost, the government’s affordability, and technical issues, such as the impact on the environment, might affect the project’s implementation.

Rex Auyeung, chairman of the MTR Corp, said the rail giant would work with the government to support relevant studies, and backed the projects to enable “Hong Kong to tap the enormous opportunities offered by the development of the Greater Bay Area”.

His company currently has 20 staff at an office in Hong Kong’s Tsim Sha Tsui East area, and Futian in Shenzhen, and before the coronavirus pandemic they would use the cross-border express rail link to commute between the two offices.

“To be frank, since the coronavirus pandemic, work from home has dominated the start-up and tech scene,” he said. “Even though a new MTR station at Science Park and more rail links at the Lok Ma Chau Loop is better than nothing at all.”