Echo & The Bunnymen singer Ian McCulloch on his love of Scotland 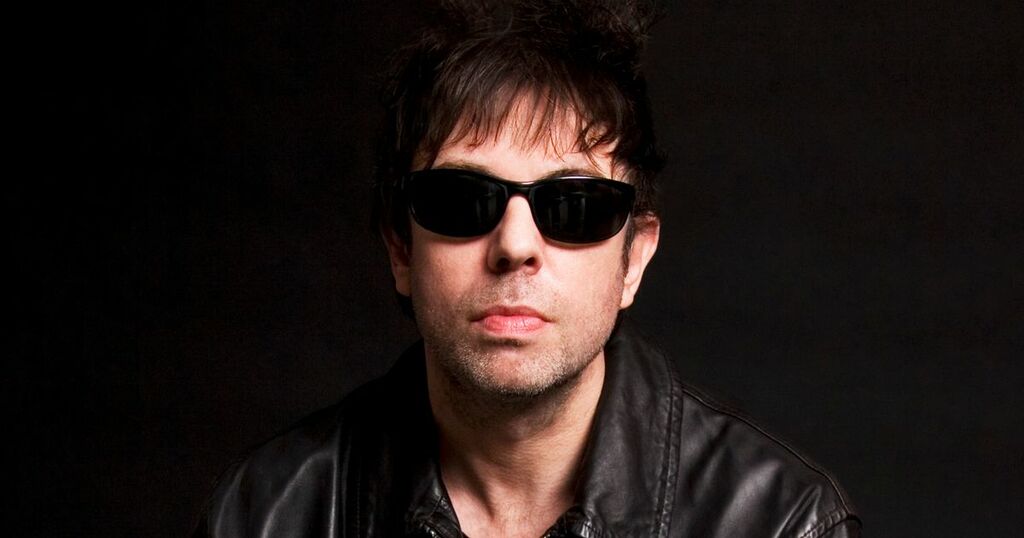 Ian McCulloch knows he could have been one of the biggest singers in the world.

The 62-year-old Echo & the Bunnymen frontman, who is proud of his Scots roots, has an ego as wide as the Clyde.

Decades before the Oasis brothers did the same, Ian was saying his band was the best in the world and The Killing Moon was the greatest song ever written.

In the 80s when pop was at its glossiest and shiniest, he was known as “Mac the Mouth” for his withering putdowns, but with tunes such as The Cutter, Lips Like Sugar and Bring on the Dancing Horses, some of the world’s most successful bands like U2, Foo Fighters, The Killers, Coldplay and Radiohead have cited Echo & the Bunnymen as an influence.

They’ve all gone on to worldwide success and multi-million bank balances. But Ian wouldn’t play the game or chase the American market and admitted: “As much as it can be galling you can’t have it all. It’s my fault for being a t***.

“From day one I made it clear if you didn’t like us, I wasn’t a***d. I wasn’t going to kowtow and put on the popstar performance you want.

“I didn’t think we needed to be nice. We had the songs and the charisma. There was no one like us. We didn’t even have to move. There was such amazing stage presence, charisma and music that no other band could touch.”

Ian saw the Bunnymen as the alternative choice to U2 and Simple Minds. The three bands emerged from the late 70s new wave scene offering an epic sound. It’s long been noted how U2’s The Edge was influenced by Will’s guitar playing.

In turn, Ian called U2 “music for plumbers and bricklayers” and nicknamed Bono “Nobbo”.

But age has softened the Mouth. Ian admitted: “Bono sent me a card on my 60th which was nice. Their song One is one of the greatest tunes of all time. It can’t be denied. They had this big sound, he could sing and their melodies were strong. They sound like a
band who believe in themselves and a lot of people like that.”

With old axes put away, Ian is happy to sharpen new ones, and Ed Sheeran is in his sights. “Why doesn’t he just f*** off,” chuckled the mischievous singer.

“It annoys me the way people look now. Maybe I’m a bit ‘lookist’ but you don’t pick up a guitar looking like him.

“That single (Bad Habits) was No1 for 11 weeks. Even Mouldy Old Dough by Lieutenant Pigeon was better than that and it was No1 for four weeks.

“I do despair but he’s done brilliantly. It’s just one of the most amazing music stories of all time – how something that bland can be that big. It’s a reflection on the world as much as him.Ian moaned that he can’t listen to most of iTunes songs for a second and “some of the music coming out is shocking”.

He added: “Our music is aspirational. We want to be the best because it’s untouchable not because we wanted to be on Top of the Pops.”

While Ian likes to big himself up he can let the music do the talking with the group’s first four records.

The group’s rescheduled 40th anniversary tour will take place next year with two Glasgow Barrowland gigs to top it off. Ian said: “Ending the tour in Scotland couldn’t be more perfect. The Barras is one of the last shrines to music.

“With a name like Ian Stephen McCulloch I’m more Scottish than Scotland. You can’t be called Ian or Mac without feeling Scottish. And while my mum’s side are Quinns I don’t have any feelings of Irishness. But when I’m in Glasgow it feels like home.”

The Liverpool FC fan added: “Apparently my dad played for Dundee United when he was stationed in Scotland during the war and was on their books. So Dundee United is my Scottish team.”

The tour will celebrate the group’s history and those outstanding first four albums. Of course Ian has something to say about them.

Not that Ian is resting on his laurels. He and Will, the only original members of the Bunnymen, will be going to a studio in Henley soon to finish off their next album, their first album of new material since 2014.

Ian said: “I always look to the next record.”

●Echo & The Bunnymen’s first four albums are released on vinyl on October 22. They play Glasgow Barrowland on February 28 and March 1, 2022. Tickets at www.gigsandtours.com/tour/echo-and-the-bunnymen