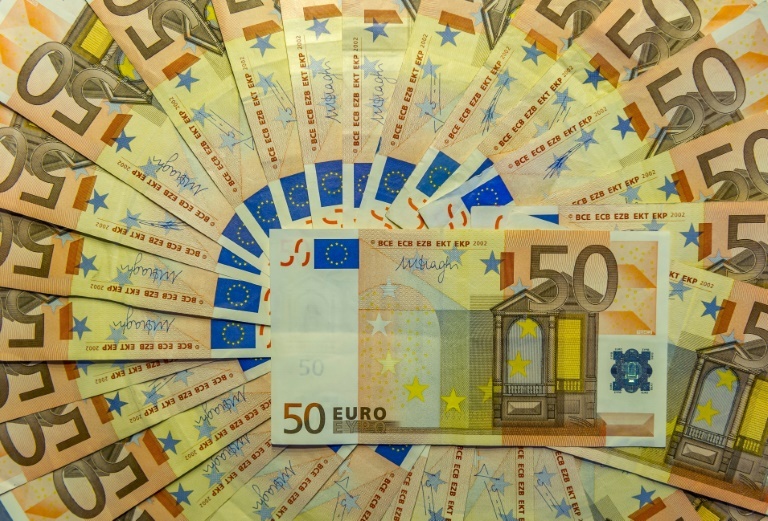 At their meeting ECB governors held the pandemic emergency bond-purchasing programme (PEPP) -- its main tool to cushion the impact of the coronavirus crisis and keep credit cheap in the eurozone -- unchanged at 1.85 trillion euros.

But the ECB trimmed the monthly amount of purchases, which it had raised earlier when the eurozone recovery appeared to have stalled, while recent data shows that growth has priced up.

However, ECB chief Christine Lagarde said the move is not a "tapering", or winding down of stimulus support, but a "recalibration".

ThinkMarkets analyst Fawad Razaqzada said the announcement "means that the difference is only going to be marginal and it (is) something that is already priced in."

The euro barely moved but eurozone stocks cut their losses, with Frankfurt's DAX and the Paris CAC briefly moving into positive territory.

Lagarde also reitereated that the bank sees the rise in inflation to a decade-high in the eurozone as just temporary, even as the bank confirmed price hikes would shoot past the bank's 2.0 percent target this year.

Investors have been preoccupied that surging inflation could push the ECB and US Federal Reserve to begin removing pandemic support and eventually raise interest rates.

While dissapointing US job creation figures last month have likely put off the start of the Fed's tapering of its withdrawal measures for a couple of months, analysts still widely expect it to begin by the end of the year.

Oanda analyst Edward Moya said that even if the ECB's move wasn't a taper, it was a signal "that the economy is strong enough to start pulling back support and that they still view the decade high with inflation as transitory."

Traders were keeping tabs on Washington also after Treasury Secretary Janet Yellen warned the US government would run out of money next month unless lawmakers hike the federal borrowing limit, which could lead to the world's top economy defaulting on its debt repayments.

Meanwhile, US first-time unemployment claims last week fell to 310,000, another pandemic-era low, confounding analyst expectations of a modest rise to 345,000.

"The key takeaway from the report is that the overall trend is moving in the right direction, albeit at a slow pace," said market analyst Patrick O'Hare at Briefing.com.

Wall Street open mixed with the Dow slipping less than 0.1 percent as trading got underway.