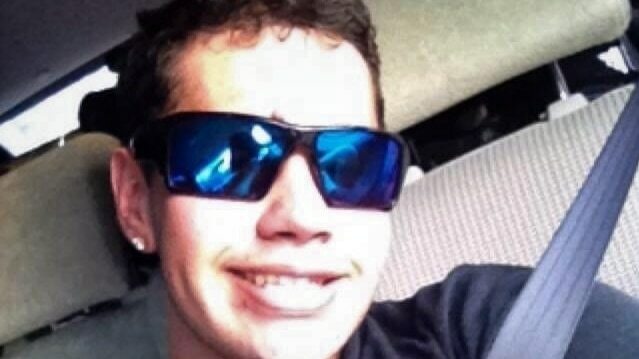 A drug-affected, unlicensed teenage driver who left the scene of a fatal crash she caused when she fell asleep at the wheel has been sentenced to seven-and-a-half years in jail.

Ebony Rose Lovett, who was 19 at the time and is now 21, had not slept for about 20 hours when she lost control of her vehicle on the Collie Changerup Road in the Great Southern about 8:00am on January 15 last year.

Caleb Rodney, 21, was killed instantly, while Lovett's sister and another passenger Trevor Worth — who was left hanging upside down in the upturned car — were seriously injured.

The District Court was told instead of seeking help for the victims, Lovett left the scene and flagged down a passing car to take her to hospital.

State prosecutor Danae Aldous said Lovett was asked twice by the driver if there were any other people in the crash, but she twice replied no.

She was eventually found at the Kojonup Hospital where the court heard she was found to be suffering from concussion.

Ms Aldous said traces of drugs including methylamphetamine were found in Lovett's system, which experts said would have made her "seriously fatigued", and impaired her ability to drive safely.

The court heard Lovett and her passengers had driven about 650 kilometres in the hours before the crash, and there was evidence that during that time Mr Rodney had made her stop the car because she was driving at high speed.

'Not an act of callous disregard': Lawyer

Lovett's lawyer, Justine Fisher, said her client, who was now 21, had an incredibly impoverished and dysfunctional background and had been introduced to drugs at a young age by her parents.

Ms Fisher said while Lovett accepted she had left the scene of the crash, it was "not an act of callous disregard" for the victims, but rather a result of the concussion and trauma she was suffering.

Ms Fisher told the court Lovett — who has never held a driver's licence — did not remember driving that day, and her last memory was of being a passenger in the car.

In a letter she wrote, which was read to the packed courtroom, Lovett apologised for what she had done, saying she had no excuses.

"I'm not a bad person but I have made bad decisions and for that I'm sorry," she said.

"I stand here today and take full responsibility for the harm I have caused … I am sorry."

Judge Timothy Sharp said Lovett's offences were high on the scale of seriousness, but he accepted she had pleaded guilty at an early stage and now had insight into what she had done and its effect on others.

Lovett sobbed in the dock as the sentence was handed down and there were angry and emotional scenes inside the courtroom as her supporters confronted the victims' families.

'I'll never be able to do what I love': Victim

Mr Worth was among those in the public gallery.

He suffered numerous injuries, including a traumatic brain injury, and spent months recovering in hospital.

"I can never go about my day-to-day life like I used to, but I'm here."

He also said he was relieved — for Caleb's family — that a jail term had been imposed.

"I'll obviously get better in the years to come, but nothing will bring Caleb back."

Mr Rodney's family welcomed the sentence, saying while it was not enough it was more than they expected.

His brother, Jarrod, said while the sentence would not bring back Caleb it was "a step in the right direction" for his family to get some closure.

Mr Rodney's sister, Taneeka, said what angered her most was that Lovett left the crash scene.

"How can you say two times that no-one was in the car accident with you, knowing that you left your friends, your sister, how do you leave your own blood in a car to die and not go and check on them?

"She didn't think of anyone but herself."