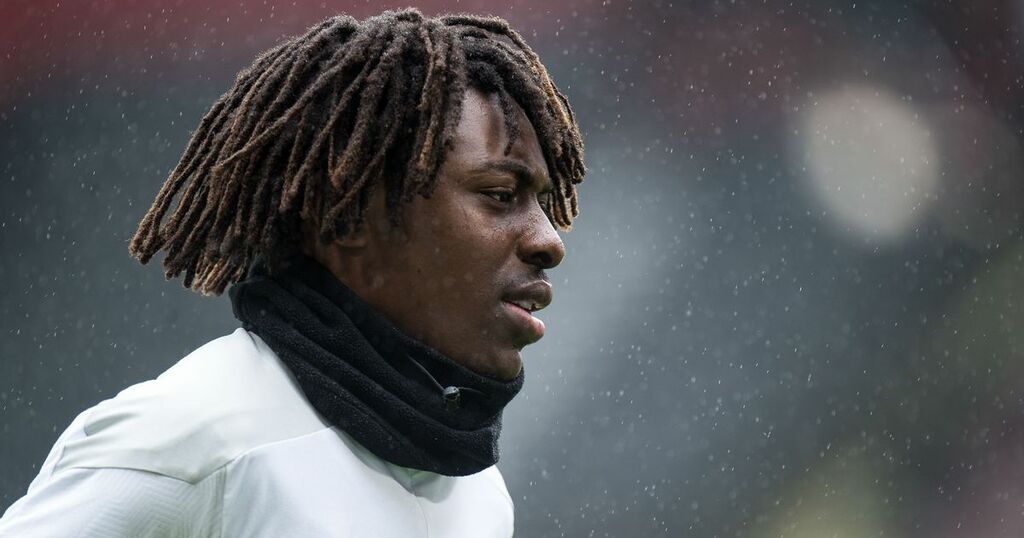 The 23-year-old attacking midfielder was signed from Queens Park Rangers just over a year ago for a fee that could rise up to £20million, and in his debut campaign for the Eagles he endeared himself to the fans immediately with his forward-thinking and ability on the ball.

It didn't take long for the England Under-21 international to settle into life in the Premier League and in south London, quickly forming a bond with Palace talisman Wilfried Zaha on and off the pitch and getting supporters excited with his skill and drive.

Heartbreakingly for him and many of his teammates, Eze suffered an Achilles tendon injury in training that brought a premature end to his season in May, leaving him on the road to recovery ever since.

Since then Crystal Palace have had a change of manager and a squad rebuild, meaning that when Eze does finally return to the pitch - which might be sooner than some initially thought - he'll have to find his feet again in a new system.

That shouldn't be too difficult for him though. Eze looked like a supreme attacking talent in Roy Hodgson's ageing side, and will now be given even more license to get Palace looking forward under new boss Vieira.

The Eagles are clearly missing their man too - after three Premier League matches no club has had fewer shots on goal than Palace (20) while only Norwich (1), Arsenal and Wolves (both 0) have scored fewer than the Eagles' two goals so far.

Eze's impact on Vieira's side might not be instant, but given how he finished the season under Hodgson prior to his injury should show his new manager what a talent he'll have at his disposal very soon.

In his final five appearances for Palace last season Eze scored once and assisted three more, making 11 key passes, seven interceptions and keeping a 92% pass accuracy throughout that time (via Matchday365).

He also seemed to nail down a more central role in Hodgson's system as the season came towards a conclusion, having been deployed on the left flank for much of the start of the campaign before finding his feet playing through the centre of the park.

Vieira now has a litany of options in that area, with Conor Gallagher, Will Hughes and Michael Olise also able to act as the player breaking the lines at the top of the midfield three.

But if Eze can come back from his injury and replicate the numbers he was accomplishing beforehand, he'll certainly have an edge over the competition.