Eat a ton of Taco Bell? Mail your empty sauce packets back, for the planet 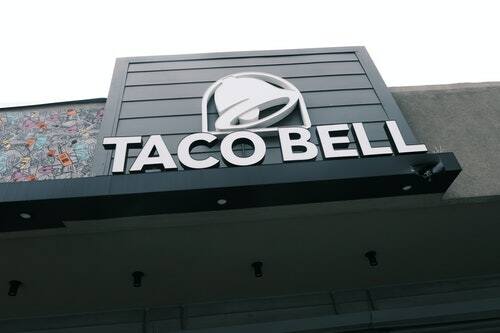 Taco Bell says that more than 8 billion packets of its iconic sauce packets end up in U.S. landfills every year, and it wants to do something about that. The fast-food chain is introducing a pilot program that will see customers send back used sauce packets through the mail so that they can be recycled and get a second life.

The scheme was first announced in April, through a partnership with recycling company TerraCycle. Customers who eat so much Taco Bell that they accumulate piles of sauce packets will sign up for a TerraCycle account, collect their used packets in a box, and then once the box is full, print a free label to ship the box via UPS.

On a FAQ website, Terracycle explains that for this program, it will only accept Taco Bell’s packets, not sauce packets from another establishment like, shudder, Del Taco. But who goes there anyway?

Under a “Best practices” section, Terracycle says participants should ship their box only once it’s full of Taco Bell sauce packets “to minimize the transportation carbon footprint of this program.” We know that shouldn’t take long for readers of this article. You should also try and remove as much remaining sauce as possible from the packets because liquids can contaminate other materials in the recycling stream, like cardboard, and make them unrecyclable.

Taco Bell chose to offer recycling through a mail-in program rather than having customers drop them off in-store because most people are eating out nowadays and don’t want to return to drop off used sauce packets. Taco Bell is one of the first food brands to work with TerraCycle, a company that helps companies meet their environmental goals.

Many businesses try and use their sustainability record in marketing to customers. Taco Bell says it hopes that by 2025, all its packing will be recyclable, compostable, or reusable.