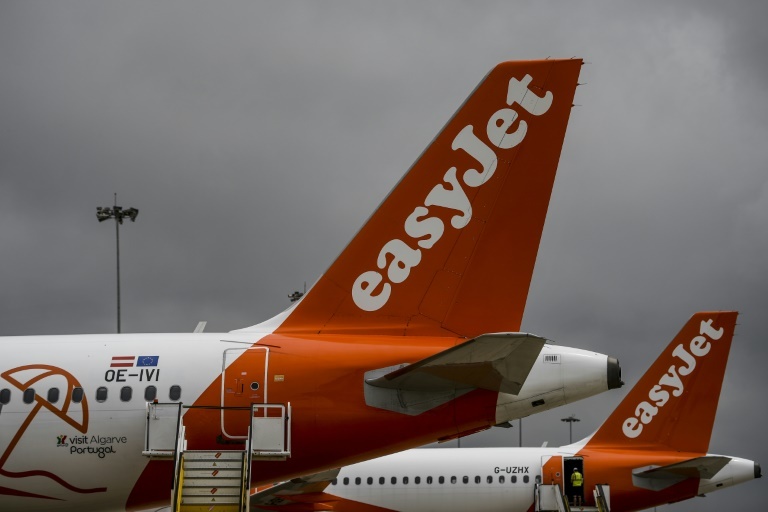 London (AFP) - British airline EasyJet on Thursday announced it had rejected a takeover approach, reportedly from rival Wizz Air, and revealed a $2.0-billion lifeline as the battered aviation sector looks to recover.

No-frills carrier EasyJet said in a statement that the bid had undervalued the group, adding that the suitor was no longer considering an offer and that the airline would now sell new shares to raise around £1.2 billion ($1.6 billion, 1.4 billion euros).

Bloomberg reported that the bidder had been Hungarian budget airline Wizz Air.

EasyJet meanwhile added that it had secured a new credit facility totalling $400 million.

The coronavirus crisis and travel restrictions have rocked airlines worldwide.

Also on Thursday, Japan Airlines said it plans to raise about $2.7 billion as it weathers the continuing impact of the pandemic on its finances.

In London, EasyJet noted that its "board recently received an unsolicited preliminary takeover approach.

"This was carefully evaluated and then unanimously rejected.The potential bidder has since confirmed that it is no longer considering an offer for the company."

The rights issues would "facilitate and accelerate the group's recovery from the impact of the Covid-19 pandemic", it added.

Chief executive Johan Lundgren said the financing boost would also position EasyJet for growth, allowing it to take advantage of investment opportunities "as the European aviation industry emerges from the pandemic".

"EasyJet shares tumbled 10 percent after announcing a £1.2-billion rights issue and disclosing that it had turned down an unsolicited takeover offer," noted Neil Wilson, chief market analyst at Markets.com.

The airline's need for fresh capital is "a sign of the ongoing trouble in the sector", he added.

In the group's final fiscal quarter, or three months to the end of September, EasyJet expects to fly just over half of the capacity seen two years earlier before the pandemic erupted.

The industry has since been boosted by partial lifting of international travel restrictions -- with full reopenings held back by the emergence of the fast-spreading Delta variant.

Japan's borders for example remain closed to tourists and domestic travel has been stifled by successive waves of infections and resulting virus states of emergency.