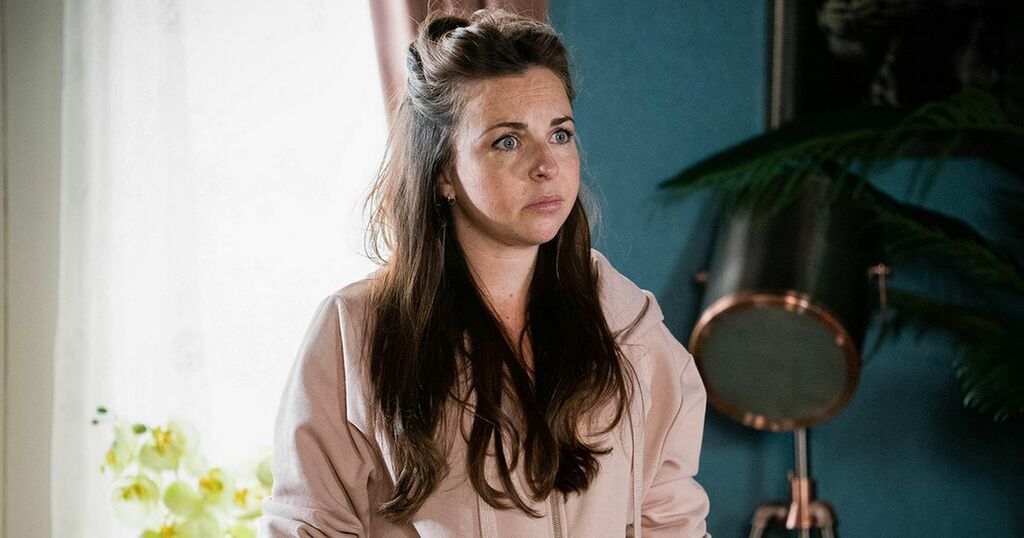 This week, Jean Slater ( Gillian Wright ) does her best to get rid of the huge amount of weed in her garage, whilst also pushing Ruby Allen (Louisa Lytton) to admit to her husband Martin Fowler (James Bye) the truth.

As fans know, Ruby framed Jean’s daughter and Martin’s ex-wife Stacey Slater ( Lacey Turner ) for pushing Ruby down the club stairs and causing her past miscarriage.

Ruby later refused to get the charges dropped despite saying she would do.

She confessed to Jean out of guilt a couple of weeks ago but has panicked as Jean learned the truth and pushed her to come clean to Martin.

Next week, Jean is taken in by police over a possible drug offence.

At the station, Jean refuses to comment on the weed being found in her garage but then goes on to suffer a shock collapse.

Meanwhile, Martin discovers from daughter Lily Slater that she got the weed found in her possession from Jean and that stepmother Ruby knew.

Confronting Ruby about this, Martin is suspicious and then notices a text on Ruby’s phone from the police that thanks to her for her help and notes a drug-related arrest has been made.

Realising what Ruby has done, Martin is enraged and goes to visit his ex-wife Stacey in prison.

Admitting that he has gotten things wrong, Martin reveals what has happened with Ruby to Stacey.

Horrified, Stacey orders Martin to sort things out with Ruby or she will kill her.

Back in the police station, a solicitor tries to get Jean to speak more and reveal who helped her contact a drug dealer if she wants to go free.

After further questioning, Jean reveals that she is ready to divulge who her drugs contact is.

Finally, as the week nears its end, Ruby takes a pregnancy test and wells up when she sees the result.

Martin then decides to confront Ruby about her lies and the nightclub owner is finally forced to come clean about everything - including how she got Stacey unjustly sent to prison.

How will Martin react to both Ruby’s lies and pregnancy test news?

Plus, what decision has Jean made at the police station?

Actress Louisa Lytton gave birth this past weekend after taking her own maternity leave from the soap but it remains to be seen how Ruby will leave in her final scenes.

What are you expecting from Stacey’s return to EastEnders? Let us know in the comments below.