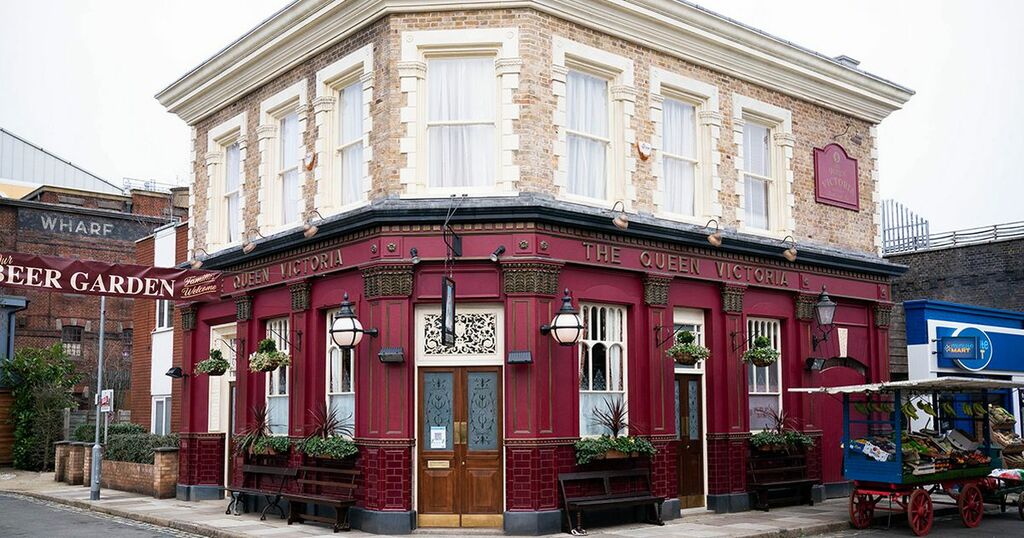 The EastEnders cast will now be filming on a brand new set, for outside locations including The Queen Vic, the Square and the market.

New images released by the BBC soap reveal the new refurbished set at the BBC Elstree Centre, which will replace the original one.

It was only meant to be used for two years back when it was built, and that was in 1984 before the BBC soap launched for the first time a year later.

Decades on and the show finally has its new set, after years of building, as the original location is said to be no longer fit for purpose.

With it said to have cost around £87 million, the new location is actually opposite the former Walford.

Cameras are now rolling, and scenes filmed in the new Albert Square will be on screen in Spring 2022.

" EastEnders production are now able to explore new areas on screen and writers, producers and directors have greater freedom to drive further creativity."

Images of the new set include the outside of the iconic pub, the centre of the Square and the entire landmark in general, as well as the famous market street.

Viewers will see their favourite characters in the new location very soon, as they've begun filming there this week.

It comes amid reports that Mick Carter actor Danny Dyer is leaving the soap, after joining in 2013.

One source told The Mirror: “Danny has offers coming in left right and centre, and a lot of the things he has wanted to do he can’t because EastEnders have such strict rules about what he can and can’t do.

“It’s driven him mad at times and he’s now ready for a change. But it hasn’t been easy to walk away, BBC bosses have been desperate to keep him. But he’s been insistent and when Sky approached they gave him an offer he couldn’t refuse. It’s a new chapter for Dan and he’s over the moon.”