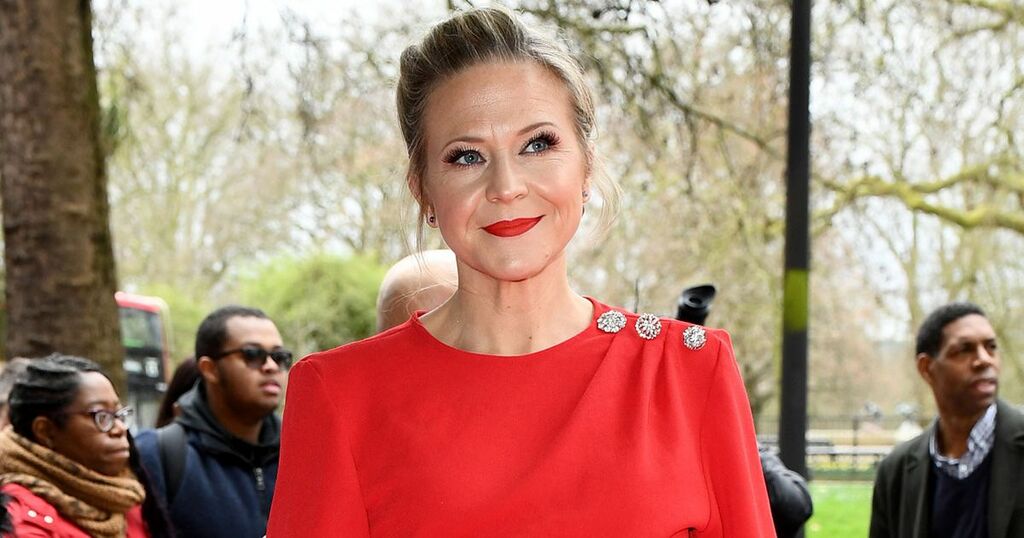 The star - famed for playing Linda Carter in the BBC soap EastEnders - is already the proud mother of two sons Freddy, nine, and Gene, four, with husband Paul Stoker.

The actress revealed the happy news to OK! magazine, by telling the glossy magazine: "We're thrilled to announce the safe arrival of the latest addition to our family. Mum and baby are doing well."

In March, Kellie revealed she was expecting a 'miracle' third child after undergoing a frozen embryo transfer.

Kellie welcomed her first son Freddy naturally at the age of 34 before having IVF treatment for her second pregnancy after she and Paul struggled to conceive.

After Gene was born, Kellie made the decision to store three extra embryos for potential use later.

Following failed attempts at pregnancy with two of them, the third and final embryo became the couple's third child.

At the time, Kellie admitted it had been a 'rollercoaster' trying to complete her family, but told how considers herself and Paul lucky.

When sharing her journey in OK! magazine, Kellie said: "It has nothing to do with the boys not being enough – they absolutely are. It’s just I never felt like I was done. I always had an itch, a desire to have more. My husband and I went round in circles for a couple of years deciding whether or not to just go for the third.

"I have a demanding full-time job and the reality of having a baby and a toddler within all of that is overwhelming, and we weren’t quite ready. But I had such an emotional attachment to those embryos. I know they’re cells but they have the potential to be another Gene! I couldn’t let it go. Eventually, we decided to go ahead at the end of 2019... and then Covid-19 happened."

Kellie said after the first two attempts failed, she also feared for the third and final embryo as she revealed she had a bleed two days before she was due to take the pregnancy test.

Kellie said after the first two attempts failed, she also feared for the third and final embryo as she revealed she had a bleed two days before she was due to take the pregnancy test.

The actress said she was left in floods of tears, believing her dream was over but when the test came back as positive, she said she almost fell to the floor with emotion.