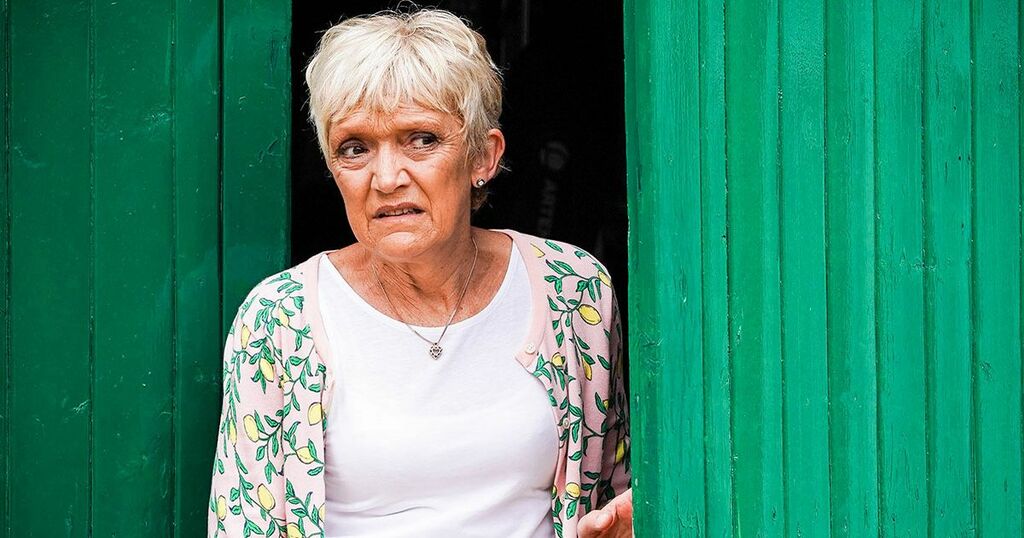 The beleaguered character, played by Gillian Wright, had been left the garage full of drugs by Mo, who disappeared from Walford on a cruise with Fat Elvis.

The iconic character waved goodbye to Albert Square earlier this year, but left a surprise in the garage at the Slater’s house for Jean.

During Monday evening’s episode of the BBC soap, it emerged that Jean had left on a trip to visit her eldest child, son Sean.

As she prepared to return home, she hoped that the plants had died as she’d turned the heat lamps off, meaning she no longer had to deal with Mo’s budding drug factory.

However, when she returned, she discovered that the cannabis plants had almost doubled in size, and now was a huge, tall crop.

Jean fretted as she was then approached by Martin Fowler outside the garage, who began to quiz her over a possible terminal cancer diagnosis.

Viewers pointed out that EastEnders writers had made a huge mistake, as her former son-in-law Martin would surely be able to smell the cannabis plants, as they were so big, and he was stood so close to the drug farm.

"Jean and her weed...wouldn’t anyone smell that through a bit of wooden gate?" one write, as another joked: "Either Albert Square constantly smells of weed or Martin has lost his sense of smell #EastEnders.”

"So the garage doesn't emit a heavy smell of cultivated marijuana after all this time,” on viewer quipped.

"Are all the residents on The Square, nose blind. Jean's turned into Pablo Escobar with an electric bill to rival that of Buckingham Palace #EastEnders,” another added, while one wrote: “Has Martin got a poor sense of smell or something? #Eastenders."

Upcoming episodes of the BBC One soap will see Jean enlist the help of Shirley, as she tries to figure out what she’s going to do with her illegal cannabis haul.

She will also discover that Ruby Allen, who confessed to framing Jean’s daughter Stacey for causing her miscarriage, hasn’t fulfilled her promise to come clean.

Ruby vowed to clear Stacey’s name while Jean was away, but as she returned, she realised Martin still has no idea that Stacey is innocent.