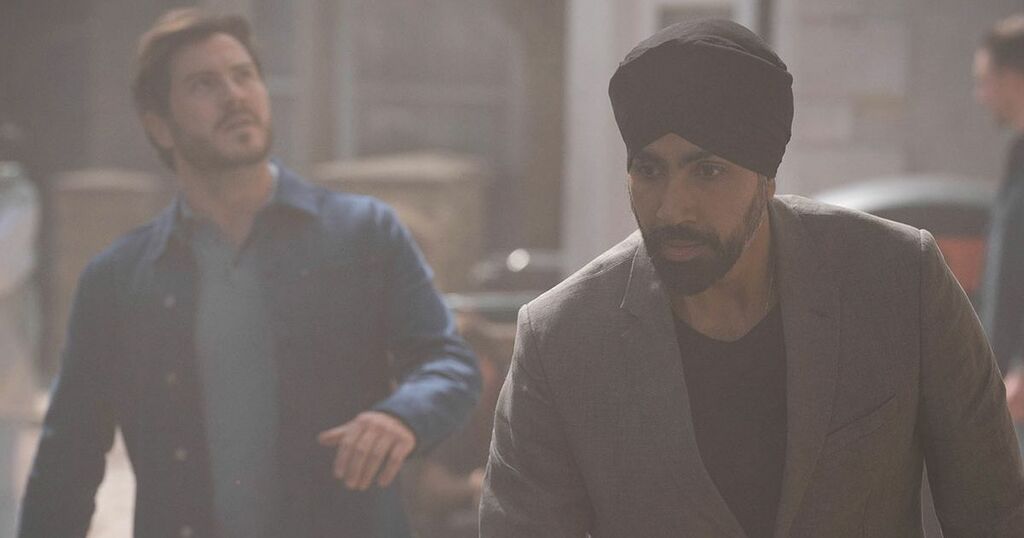 EastEnders' Gray Atkins will be exposed this Christmas, fans believe, with him possibly unveiling his own dark secret in the coming days or weeks.

As a fire rips through Walford next week, viewers believe killer Gray may strike again - and that his actions will lead to him being revealed as a murderer.

As the beginning of his comeuppance kicks off, some fans believe he's already set himself up after his feud with ex Chelsea Fox, as well as the fact he left Shirley Carter suspicious over his lies.

He had claimed in recent scenes that he had seen her sister Tina Carter alive and somewhere in London, after she apparently fled the Square in December.

Viewers know that she was actually murdered by Gray, who has also killed Kush Kazemi and his own wife Chantelle Atkins.

Gray made it seem like Tina was returning home or at least trying to, but his lies soon caught up with him when he seemingly helped Phil Mitchell over Tina.

Someone who has never seen eye-to-eye with Gray, and suspected Gray had killed Chantelle, is Kheerat Panesar.

Next week, both men are forced to act as a fire rips through Phil Mitchell's house, with people trapped inside.

After Gray tries to confront Kheerat about something, he rushes past him and raises the alarm about the blaze, before both men make a big decision.

Gray and Kheerat race inside to save those trapped, but just as they head upstairs an explosion goes off.

Their fates remain unknown, but viewers have now predicted a chilling theory that could be his biggest mistake yet.

One theory from a viewer suggested Gray will use the flames to get rid of his enemy, with him possibly leaving Kheerat to die in the rubble.

But in doing so, the fan questioned whether Kheerat could survive the brush with death and end up bringing Gray down, with other viewers suggesting this will lead to him being exposed in explosive Christmas scenes.

They tweeted: "Official theory for the fire: Gray will leave/trap Kheerat in the burning house. He’ll escape and think he’s killed Kheerat when the explosion happens.

"But Kheerat will actually get out and then know for sure that Gray is a murderer!"

One viewer backed this, adding: "I could see that. Then spend 3 months building up to Christmas trying to prove it before a dramatic festive reveal."

Another said: "It’s only a matter of time until Gray is exposed as a murderer."

It comes after EastEnders' Executive Producer Jon Sen told The Mirror that Gray's reign of terror was gradually coming to an end.

"Obviously that has been a very long story arc and it has taken many twists and turns. But we are going back to the grass roots of the story really, and taking it back to its origins with a fascinating turn of events for the Atkins family."